A practical joke that went way too far! 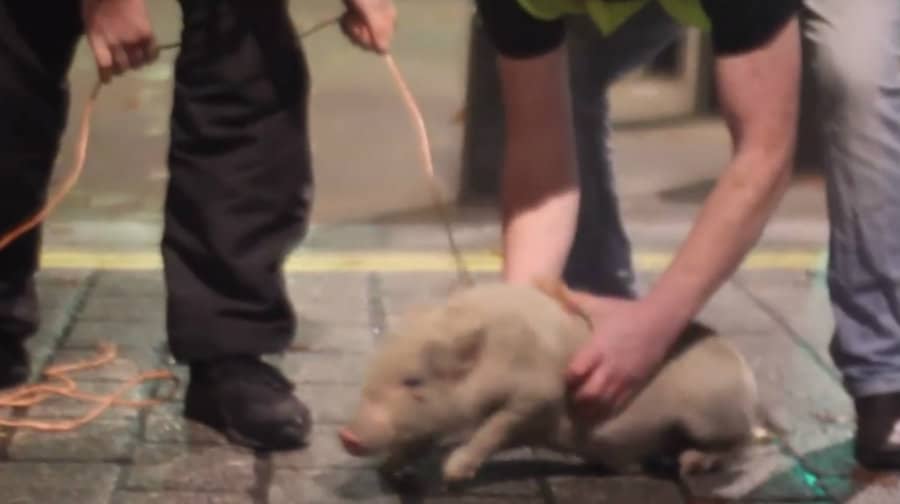 The pig tries to escape during the prank

Well done Surrey Docks Farm for stepping in and saving ‘David’-the-piglet after it was used for a practical joke gone wrong in Downing Street.

The eight-week-old potbelly pig was left outside the Prime Minister’s residence by YouTube jokers Trollstation, after a book recently alleged that Britain’s leader had put a “private part of his anatomy” into a dead pig’s mouth as part of a university initiation stunt.

Plenty of us were tickled pink by the original story, but dragging a terrified animal around for a stunt is not funny – it’s clear to see from the video that the pig is distressed and Surrey Docks Farm described it as “traumatised” when they took it into their care.

Thankfully the farm has now found a new home for David-the-piglet but was it necessary to scare a defenceless animal half to death for a joke?