Diary: What is that strange orange dust plaguing East Dulwich – and is Len Goodman coming back to Bermondsey? 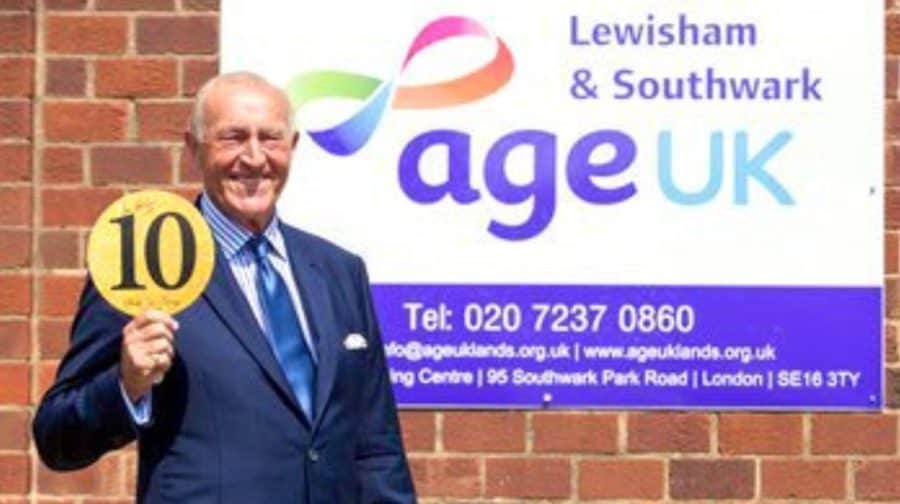 Len Goodman told the audience at on Channel 4's countdown that he thoroughly enjoyed his time in Bermondsey - and would come back again if invited (Image: Age UK Lewisham & Southwark)

Len Goodman, of Strictly Come Dancing fame, has made some firm friends in Bermondsey.

Last year the ballroom dancer was invited to the Yalding Centre in Bermondsey’s Southwark Park Road for a tea dance.

Soon after he appeared on a BBC appeal filmed at the centre with Southwark members of Age UK.

He had a fabulous time with the pensioners, he says – so much so, he told it as an anecdote while appearing in Dictionary Corner on day-time quiz show, Countdown, last week.

If he was invited again, he wouldn’t say no, he added.

Time for Southwark’s pensioners to break out their dancing shoes again? Something is afoot in the leafier areas of the borough.

Residents of East Dulwich have reported a strange ‘orange mud or dust’ on their shoes while walking across the grass at Peckham Rye park.

It has only appeared at the beginning of this month, and has sparked debate on residents’ forums about the cause.

Level heads have suggested dust carried over from warmer climes as a result of recent hot weather, or, most likely, ‘lawn rust’, a common fungal growth in late summer.

But, suggested another, perhaps “NASA are secretly filming their first manned Mars mission on Peckham Rye at night by covering it in iron oxide dust.”

You heard it here first, folks.

Driven round the bend

Actor Samuel West, who often also directs for stage and radio, tells of a recent cab cock-up in the borough.

“Can I order a taxi to Southwark Street please?” the voice actor asked.

Assuming the cabbie to be an old-school cockney, West didn’t question his pronunciation of Southwark – until half-an-hour of heavy traffic later he was dropped off far away from SE1 at the other side of the river in Suffolk Street.

“Had what I thought was a cockney travel experience,” he says. “Turned out it was just a bad line.”

How we deal with the next year of Covid-19 is up to us, not politicians

Southwark NewsCommentDiary: What is that strange orange dust plaguing East Dulwich – and is Len Goodman coming back to Bermondsey?