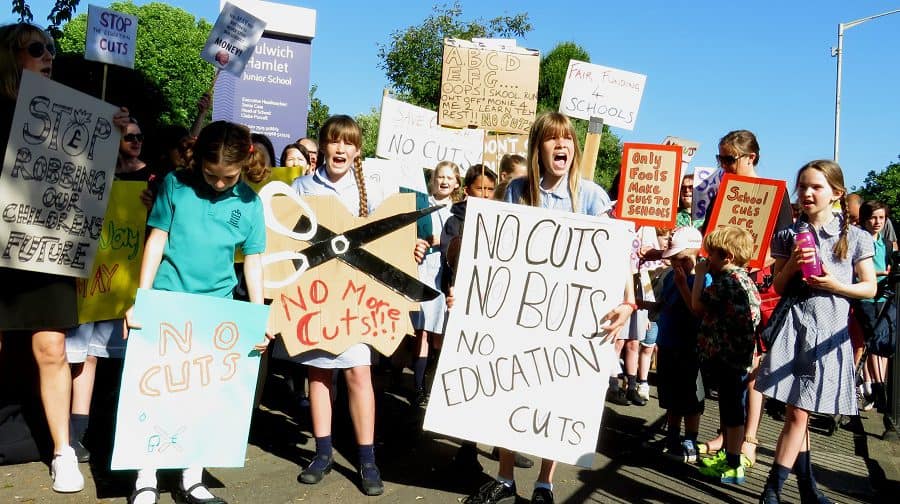 With polling day just around the corner, not enough attention has been given on the national stage to the government’s proposed changes to school funding, which would be devastating for Southwark.

The formula, which aims to even out the funding gap between rural and inner-city schools, is universally condemned in our borough.  The research shows that schools in Bermondsey and Old Southwark would likely lose £1,051 (fifteen per cent) per child over five years. Schools in Camberwell and Peckham would lose £1,003 per pupil.

When the Prime Minister called this snap election, it did put the brakes on this proposal, but any hope of a u-turn from Theresa May has not happened, despite an increasing chance of back-bench rebellion on the issue.

Instead we are told that it will be reviewed if and when she is back behind the door of number 10.

A pledge of £4bn in the Conservative election manifesto to the overall schools budget will not be enough to convince our head teachers, who face a hopeless situation.

Poverty at home has always been the clearest marker of how a child will do at school. A good, well-resourced school can help weaken that link and give those children a better future. But by cutting the budgets of those schools doing the most work to help disadvantaged pupils, Mrs May is setting many of those children up to fail.

This ill fought out formula has even seen Tory MPs – including those in very rural constituencies who were among some of the high-profile campaigners for it – express disappointment with the government’s proposals. The fact is they can see that increasing  funding for more than 10,700 schools might be good, but not at the expense of the 9,128 that will lose out severely .

Torys candidates on the doorsteps of Bermondsey and Old Southwark, Peckham and Camberwell and Dulwich and West Norwood should be asked exactly where they stand on this proposal. Make sure you ask them, as this will directly affect your child’s immediate future. While they do not have much chance of winning in any of the three seats being contested – the message needs to get back to Conservative HQ and Mrs May that even if she wins on June 8, she should not push forward with this ill-conceived formula.