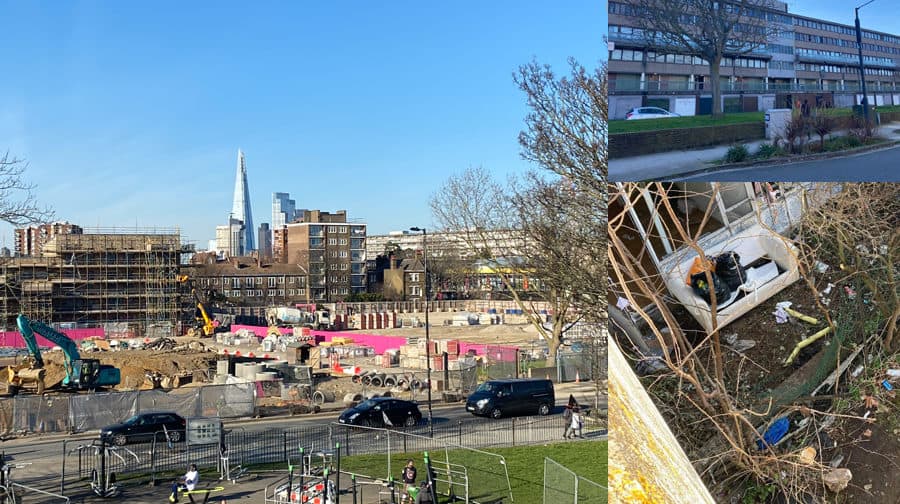 Boarded up flats are being broken into and vandalised. Some have been used as a base for criminal activity.

Whatever your view on the Aylesbury Estate regeneration, the huge impact living among empty homes and next to a giant building site on residents who remain is huge.

The project is decades in the making and it was entirely foreseeable that antisocial behaviour and crime would flourish after the diggers first came in. We’ve seen this happen before – in the Heygate.

Once properties are empty and boarded up it creates a feeling of abandonment, and for the people who still call the estate home; isolation.

Focusing too much on the next ten, 20, and 30 years of the estate’s future is ignoring the people living on it right now, and what they deserve.

Many flats in the wider estate are home to people in temporary accommodation – truly some of the most vulnerable men, women and children in our society.

Some tenants’ families have lived in the estate since it was built and are part of a tight knit community.

They are rightly fed up of the estate, throughout the years, being labelled a sink estate and crime ridden. The estate and its community has been so much more than that.  However, the problems it faces are significant.

It’s just such a shame that residents are being let down twice. They’re let down by antisocial people and criminals taking advantage of the dilapidated buildings. But they are also let down by the council and police who have failed to get a handle on the situation for far too long.

Protect Residents of Southwark it needs a complete Southwark Council Cabinet change and City Hall leader change nothing more or less. Residents need representatives listen to them years ago and had we had that maybe things now wouldn’t be so dire.