'If your child is desperately ill, to the point where doctors feel nothing more can be done for them, who has the right to make that final decision' 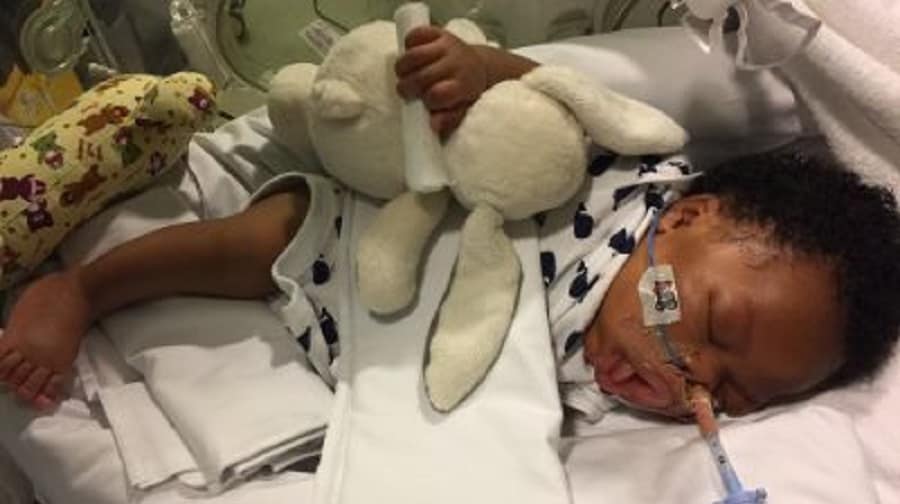 If your child is desperately ill, to the point where doctors feel nothing more can be done for them, who has the right to make that final decision – you, the parent, or the experts who care for your beloved child?

It’s a dilemma that has been at the forefront of national, even international, debate with the recent tragic case of Charlie Gard, whose parents fought a decision by Great Ormond Street Hospital not to seek further treatment for him.

And as our front page story sadly makes clear, Charlie’s wasn’t just an isolated case – parents and doctors have to make the most difficult of choices, but most of the time they are out of the glare of the public eye.

There’s a danger, as seen in Charlie’s story, that media coverage can lead to a frenzy of finger-pointing on social media, such that staff at the hospital received abuse and death threats.

Any right-minded person would disagree with that, and recognise that in these instances, everyone is working as best they can, and with the child’s best interests at heart. We take that view.

Lanre Haastrup and Takesha Thomas came to us about their son Isaiah, because they felt they had reached an impasse in their discussions with King’s College Hospital as to the right route to take – whether, as they believe, to look at other options that might encourage Isaiah’s respiratory drive, or to transfer him to palliative care, as the Trust have suggested.

Add to this the fact that complications at birth are understood to have exacerbated Isaiah’s neurological damage, and whilst a subsequent report found no case for disciplinary action, it did find that the severity of the damage could have been reduced, if a delay in identifying that the baby’s heartrate had dropped significantly had not occurred. Understandably perhaps, the parents’ confidence in King’s has been shaken.

Lanre and Takesha were informed by their solicitor that the Trust had written to the High Court, and in a document seen by this paper, an application is made for an ‘inherent jurisdiction order’, arguing that limitation or withdrawal of treatment is ‘in Isaiah’s best interest’.

Of course King’s aren’t obliged to speak to us in detail, and when asked about this, we were told that the Trust was ‘trying to reach agreement with the family on the next steps for his care to prevent the need for a Court to decide’, and that it did not anticipate a court case.

But if you were Isaiah’s parents, and you learnt that the hospital had written to the High Court, you might very much feel that it was preparing to take matters into its own hands through court proceedings, should an agreement not be reached. And what does this agreement entail, other than for the parents to agree to withdraw treatment for their son?

Doctors, nurses and midwives at King’s, like in all our hospitals, go above and beyond the remits of their employment, because they care, and want the best for their patients. Isaiah’s case is no different.

But surely the Trust has to accept that the issues it found itself in its report on Isaiah’s birth will inevitably have impacted on the parents’ confidence in King’s? And isn’t it reasonable for Lanre and Takesha to feel there is a discrepancy between writing to the High Court over jurisdiction matters, yet responding that the Trust ‘does not anticipate court action’?

It is for this reason that we have decided to shine a light on these proceedings in today’s edition of the News. Further clarity is needed.