In Southwark, OBE stands for 'Order of Bulldozers Extraordinaire'!

The leader of Southwark Council, Cllr Peter John, was awarded an OBE in the New Year’s Honours list. But in Southwark OBE stands for Order of Bulldozers Extraordinaire.

During John’s time in Southwark he has overseen the bulldozing of wild-life sites, woodlands, community orchards and even entire communities.

This week residents were again chaining themselves to trees as John’s bulldozers were destroying Camberwell Old Cemetery’s Southwark Woods, despite the protests of over 10,000 people.

Peter John and I are members of the most destructive selfish generation this planet has ever witnessed. Over half of the wildlife that existed on our planet when we were born, has already been destroyed.

The irony is now that the destruction of Southwark Woods is in the name of the dead! John claims that as the borough has nearly run out of burial spaces, we have to use our wildlife reserves.  Is it not bad enough that we destroyed so much nature whilst alive, that we should continue with that destruction even when dead?!

Southwark has spent millions over the years drawing up planning policies. Every policy over the last 23 years, state that the borough is committed to protecting wildlife. But the destruction nearly always comes from the Council. If Cllr John wants to destroy some nature, he simply calls the wildlife “just scrub” and then ridicules campaigners who want to save it.

This happened to the community woods in Burgess Park,  the community orchard in Camberwell and now these 100 year old precious woods.

Shrub to scrub to bulldoze is their mantra.

Residents are furious that the council has not waited for Southwark Dioceses to give permission before the bulldozing started. They are asking people to urgently email the Diocesan Chancellor at Philip.petchey@ftb.eu.com calling on them to refuse permission for the ancient graves to be bulldozed.

Petition to save the woods: 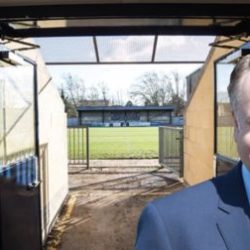 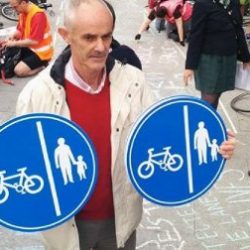