COMMENT: This is no normal repair job – it’s life and death! 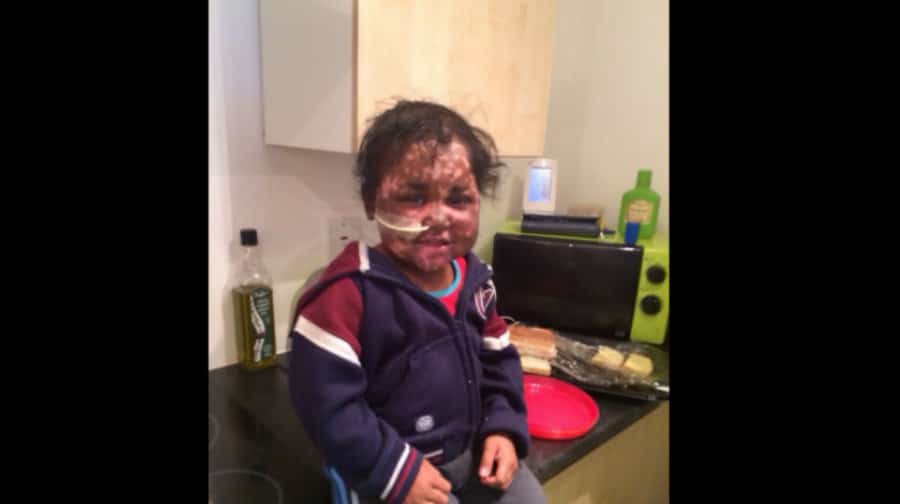 Our hope today is that Jeanene Fraser is finally able to bath her terminally ill son in the comfort of her home – after an agonising nine month wait for the hot water to be fixed.

This is a mother who is dealing with the unthinkable, anxious beyond belief that a simple cold could end the life of her boy.

In his short three years of life little J’ssiah Brown was diagnosed with Leukemia at the age of one, then his brave six-year-old brother Kye stepped forward to donate his bone marrow, but J’ssiah’s tiny body reacted badly, his organs collapsed and he was in a coma for three months.

The family, then living in temporary accommodation in Croydon, were devastated when, after he miraculously pulled through the coma, he contracted pneumonia.

Wandle Housing was able to do just one thing for this family and it did – offering them a comfortable home in Camberwell, specially adapted to meet J’ssiah’s needs, who by that stage was extremely weak. They gave his mother her dream home and she was delighted that finally something had gone right, allowing her to give her boy the care he needed – that is until she turned on the tap to find no hot water.

From day one of moving into the brand new development in Warner Road this has been a problem and despite constant attempts to solve the problem, the family have been left with no hot water for nine months.

There are always going to be glitches with new homes and Jeanene does not deny that the housing association did try to fix the problem. But she did not think she would have to wait so long and potentially put her little boy’s life at risk by ferrying him back and forth to her mother’s in Croydon, just to give J’ssiah a bath.

Wandle told the News they only had two reports of this complaint on their system over the last nine months and made several attempts to fix what turned out to be a complicated fault with how the system was initially installed. They also claimed that, according to their system, there was some hot water coming out of the kitchen taps.

An engineer who had been out to the property four or five times told the News although hot water came out for a few seconds, it then ran cold, and this had been the situation every time he had gone to Jeanene’s property.

The point here is surely that J’ssiah’s situation is urgent. Not having hot water could have killed this little boy if he had got a cold as a result of traipsing back and forth to Croydon every night, or caught an infection from not having running hot water to keep clean.

If Wandle knew about this problem nine months ago – how has the problem been allowed to go on for so long? Why was it not flagged up as a priority? This is no ordinary repair complaint – a child’s life was at stake.

Contrary to what Wandle’s system has recorded, Jeanene says she has spoken to her housing officer every other day to ask when the hot water would be fixed, until she has gone out of her mind with frustration. If staff at Wandle were aware of this situation from day one, there is no excuse for it not having been resolved sooner.

This week Wandle has seemingly fixed the problem – hopefully for good this time – and will now be housing a very grateful family in a new property which is perfect for their needs.

We can only hope that this situation is an important reminder that people like Jeanene and her desperately poorly little boy are not numbers on a system or complaints to be logged, they are people in need of help.

Southwark NewsCommentCOMMENT: This is no normal repair job – it’s life and death!