COMMENT: We could have done without the Labour spin

Southwark Council have not delivered on grandiose promises to "deliver a quality kitchen and bathroom for every council tenant." 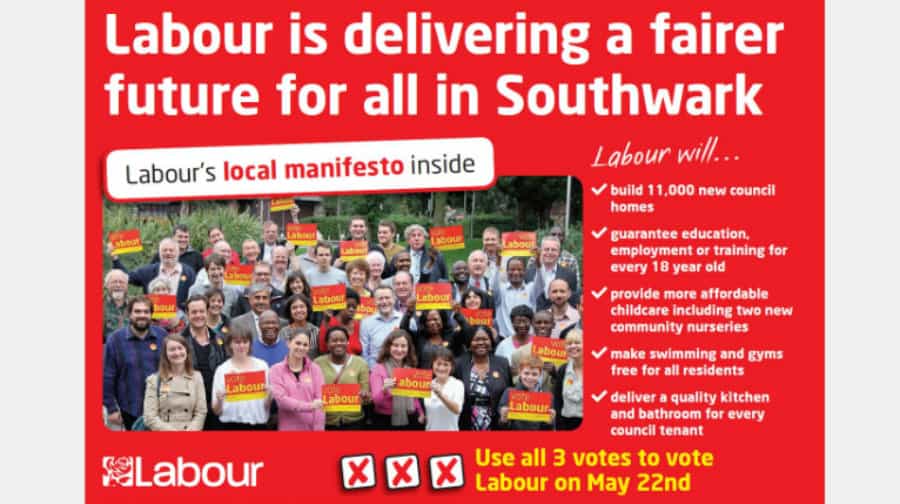 Labour promised to “deliver a quality kitchen and bathroom for every council tenant” if they won the 2014 local elections – a year on we now find that only 65 per cent are in fact eligible for a brand new suite.

This was one of a number grandiose offers made to the electorate that all appeared too good to be true. When a promise of this nature is made it’s always important to read the small print – however when it comes to political parties making grand manifesto pledges at election time there is rarely much if any small print.

Riding high on their 2010 election victory where they swept the Liberal Democrats aside in Southwark with an extremely popular ‘free meals for all primary school children’ the Labour group decided to step up their freebies.

In their leaflets, as well as promises to “deliver a quality kitchen and bathroom for every council tenant” they also announced that “swimming and gym use will be free for all residents in Southwark in council leisure centres.”

Earlier this year the News broke the story that from next year a pilot will run restricting free access to Fridays and weekend afternoons as the costs and practicalities of implementing such a universal scheme is unlikely to add up.

Alongside these two populist pledges Labour’s flagship promise was to build 11,000 council homes in the next 30 years.

The party certainly appeared in tune with the needs of local people as they increased their already health majority of 35 seats to 48 seats out of 63.

They had hit the nail on the head by seeing there was an urgent need for council homes – and decent homes at that – plus a plan to tackle increasing levels of obesity.  Yet, did they have to put such a spin on their strategy to tackle Southwark’s many ills by suggesting that it would all be free? The language Labour used when describing all of the pledge was emphatic and appeared universal – months down the line as council officers try to implement them they are of course not.

In terms of kitchens and bathrooms they cannot, with massive cuts from central government, install them in all the 37,000 council homes in the borough. Labour are of course quick to emphasis the word “quality” used in their pledge, saying it means replacing any that fall below the government’s decent homes standards.  And they have lowered the benchmarks from 30-year-old to 20-year-old for kitchens and 40-year-old to 30-year-old bathrooms.

Supplying potentially 24,000 council tenants with new kitchens and bathrooms is not to be sniffed at. Nor indeed is the chance to give those with the lowest income and the most need access to free gym and swimming membership.

The nigh impossible task of building so many new council homes in the face of Government policies like Right-to-Buy and in a borough with a shortage of available land must be commended.

But the electorate should be given the details around these promises from the outset, otherwise winning policies like these are always going to be branded as just more spin.

It would have been better to paint a more realistic picture by saying ‘we aim to get new bathrooms and kitchens to this amount of people; that we aim to give free gym and swimming to people in most need and that we can build this amount of council homes but so many will be lost because of government polices we have no control over.’

Southwark NewsCommentCOMMENT: We could have done without the Labour spin