More cost-savings measures for local police, but will they be missed? 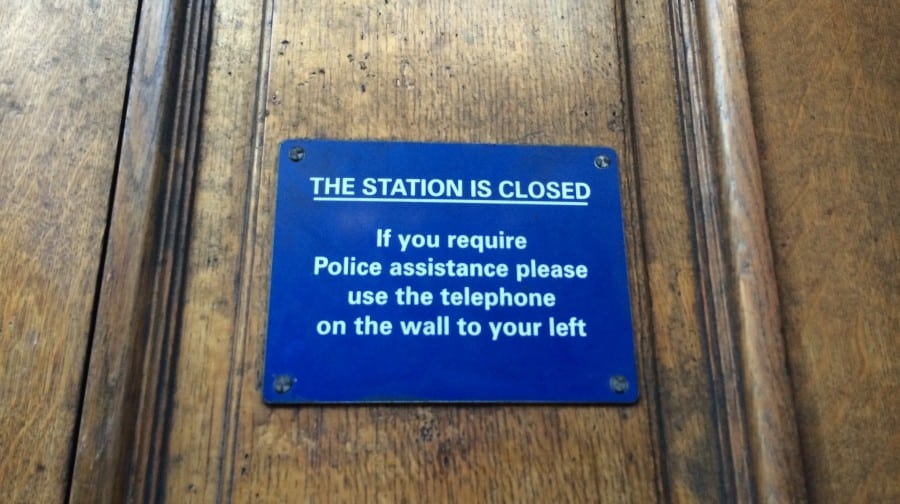 Big changes are planned for Southwark’s police and how the public interacts with them.

Proposals to close front counters at Southwark, Peckham and Kennington police stations – and to sell off Kennington and Camberwell nicks – have been revealed, but they seem based largely on cash saving.

Figures have been produced that show the numbers of people using front counters isn’t high.The front counter at Walworth had 3.2 crimes reported on average each day in May. Peckham had, on average, 2.1 reports, Southwark had 1.5 and Kennington 0.8.

But the cross-London measures are being proposed by the Mayor of London in an attempt to save £10m a year, and invest those savings in to frontline policing. How and when this is to be achieved is not clear. Neither has whether that investment would just simply plug a gap, or be new money that will create more police officers.

Mayor Sadiq Khan has sought to re-assure Londoners that the number of dedicated ward officers will be increased, with two in place in every ward across the capital by the end of the year, alongside one PCSO

But he has also said government cuts to the Metropolitan Police services had left him with “no choice” but to take drastic action. “The Government urgently needs to properly fund the Met police so that they can do their job and keep Londoners safe,” he said. So it seems he is not happy introducing such measures.

Let’s remember that this report comes on top of plans to merge Southwark and Lambeth’s ‘police command’, with one top officer possibly over-seeing both boroughs and perhaps even being based in Brixton.

This is a far cry from the days when the Met saw it fit to have working stations with front counters in Borough High Street (Southwark police station), Rotherhithe, Walworth, Peckham, Camberwell and Dulwich.

If these proposals get given the go ahead, what will Southwark’s police presence map look like? There will be one working front counter, at Walworth, and the only police stations left will be Southwark, Walworth and Peckham.

It’s hard to predict what effect these measures will have, and it’s important not to go for the knee jerk reaction that all such cost-saving proposals are bad.

These proposals are just that – proposals – at the moment. If you want to keep your police station front counter, then it’s important to have your say.

Southwark NewsCommentMore cost-savings measures for local police, but will they be missed?