Was a slipper-wearing thief caught by police – and is there a bee-bottler on the loose?

Have you seen a bee-bottler on the loose? And did someone attempt to steal a moped in their slippers? 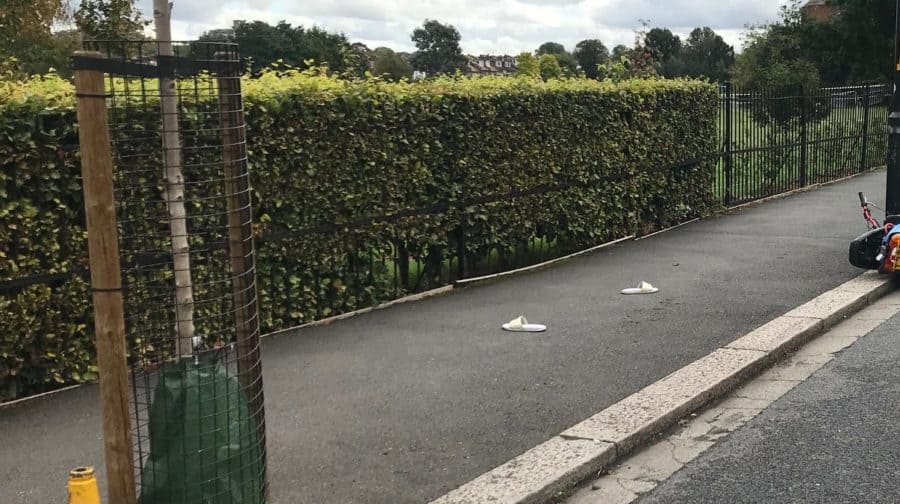 Was a furry slippered thief cornered by police on a Dulwich road?

A reader has sent us a snap of what was he alleges was a moped theft in Dulwich on September 28.

Cops foiled the suspected thief, according to the witness, and arrested them.

But it wasn’t the arrest which sparked his curiosity.

(Officers advise against photographing arrests lest it jeopardise convictions).

It was the choice of footwear – for abandoned by the side of the Dulwich road in the aftermath of the arrest was the arrested person’s furry flip-flops.

The witness says it would be a pretty “weird choice of footwear for nicking a bike.”

Is this a case of a criminal (flip) flop?

Writer Afua Hirsch posted on Twitter this week pointing out a trend of black employees at professional events being confused for servers.

One respondent says he was frogmarched into Camberwell Magistrates in one incident – until he had a chance to explain to staff that he was actually the lawyer, there to defend his client who “looks exactly like me.”

We don’t bee-lieve it

We’ve had multiple reports over the past few months of a supposed ‘bee-killer’ who traps the insects in a clear plastic bottle in SE16.

The News isn’t the only paper that has been warned of a bee-bottler.

Locals have contacted another news outlet claiming to have seen a man trapping the insects in Beckenham.

Police there have previously said they are aware of the reports – but did give any more details.

Southwark NewsCommentWas a slipper-wearing thief caught by police – and is there a bee-bottler on the loose?