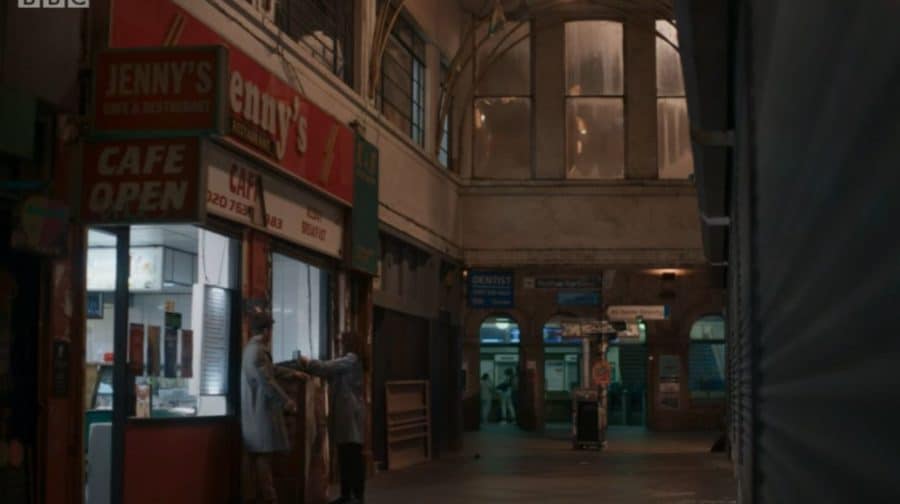 Eagle-eyed Killing Eve fans have noticed that scenes from one of the episodes have been shot in Peckham Rye (Image: BBC)

Eagle-eyed viewers of the hit TV series, Killing Eve, which has just returned to our screens for a second season, may have recognised scenes close to home – as parts of it were shot in Peckham Rye.

The show, centred on a female assassin and an MI5 spy called Eve, featured scenes outside Jenny’s Café inside Peckham Rye station, much to the delight of local fans.

The venue was used as the location of a fast-food joint in episode four of the series, with stars filming the bit in September last year.

“Did I just see Jenny’s cafe in Peckham on Killing Eve?” asked one viewer.“It’s like when you used to spot your local area on The Bill – the excitement!”

“Killing Eve was really filmed in Peckham?” added another fan.

“No wonder Eve said the chicken tasted so good.” A group of locals won a very nice pub quiz prize several weeks ago – a tour of the Brew By Numbers facilities.

The Bermondsey-based beer makers has recently opened a new facility alongside its headquarters on Enid Street.

The gang arranged to meet at the business’ Peckham spot on Bellenden Road.

Except nobody had double-checked the location – and the treat was instead organised for Bermondsey.

“Meaning, we quite literally couldn’t organise a piss up in a brewery,” lamented one of them to the businesses on social media.

Our local boy on ITV’s Love Island continues to make headlines a week after he left the villa.

Sherif Lanre, who played rugby for a Dulwich club, was asked to leave the show after just nine days.

This week he has given tell-all interviews about his time on the show, which sees singletons in a sun-soaked villa ‘couple up’ with each other in a bid to find love.

The contestant told the BBC’s Victoria Derbyshire programme he was asked to leave the show after using “crude language” in a ‘playfighting’ incident with another one of the reality programme’s participants.