Diary: Has a deer been spotted in Canada Water – and why shouldn’t you answer a ringing phone box in SE1?

Old Town Road, chance links to the Bard and mysterious sightings of a deer all feature in this week's column 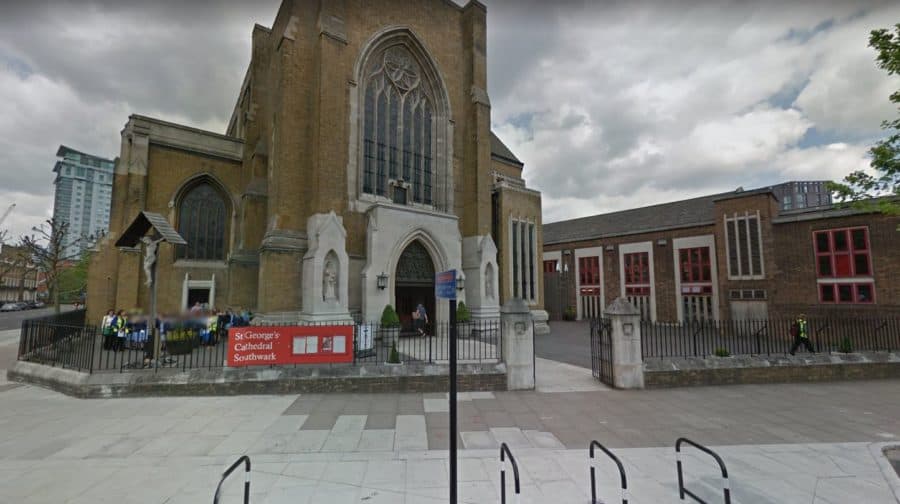 Why shouldn't you answer a ringing doorbell near St George's?

Over the past week social media has been awash with rumours of a deer popping up in the north of the borough.

First the creature was supposedly spotted running near Canada Water library on Saturday, and then through to Russia Dock Woodlands.

The elusive sightings did not stop there: this week the News has been made aware of more possible spots of the Muntjac deer, this time supposedly in Southwark Park.

Mysteriously however, no-one appears to have a picture of these sightings. If anyone has managed to grab a snap of the deer, feel free to contact us.

Chris Williamson, the Labour MP suspended for suggesting the party was ‘too apologetic’ on antisemitism, has angered Bermondsey and Old Southwark MP Neil Coyle by saying ‘solidarity would be very much appreciated’.

“Getting in the sea would be very much appreciated,” replied Coyle. He clarified that anyway, “I think he’d float.”

Williamson hit back saying it was ironic that Coyle would refer to a ‘witch-hunt’, claiming the MP was bitter his CLP had invited him to speak about open selections last year. “Democracy is a wonderful thing,” he said.

But Gemma Doyle, chair of the CLP, bluntly responded to Williamson: “We did not invite you to speak.”

Getting in the sea would be very much appreciated. https://t.co/XejE5u4s3s

Tourists near St George’s Cathedral in SE1 are being ensnared with a crafty prank set up by a local whose flat overlooks the church.

Ian Shaw, whose living room balcony overlooks a phone box fixed to the north end of the church, has shared details of how he uses the old-school red-box to play a joke on unsuspecting tourists.

Those trying to get a holiday snap next to the iconic red phone box may now find themselves having to rescue a mouse trapped inside the Cathedral.

“I’m afraid I’ve now taken to waiting for someone to turn up for the obligatory phone box pic,” explained Ian.

“And I call and say I’m the cathedral mouse, I’m getting on a bit now – mouse stuff is always a grey area and could they please please come and get me – because Lucifer the cathedral cat is back.”

“I’m longing for a school party with tetchy teachers,” he says, adding: “It’s dark days sometimes, you understand. And you just have to make the most of dracula le spectacle.”

Gonna take my horse to the Old Kent Road

The song’s catchy lyrics – “I’m gonna take my horse to the old town road / I’m gonna ride ’til I can’t no more” – have helped the ditty spend 17 weeks at the top.

But the song has become popular much closer to home as well, with locals adapting the lyrics to sing about the Old Kent Road.

“Gonna take my horse to the Old Kent Road / I’m gonna goooo to the big Tesco,” one suggested adaptation goes.

Tesco itself has even gotten in on the fun, with a spokesman supplying the song’s refrain: “Can’t nobody tell me nothin’” while adding its own slogan: “Every little helps.” A theatre producer who stages Shakespeare’s plays at a venue inspired by the Bankside’s Rose has reportedly discovered he has an unusual family link to the Bard.

James Cundall is founder of Shakespeare’s Rose Theatre in York, a temporary structure which is takes its name from and is modelled after the Rose Playhouse, the first Elizabethan theatre venue on Bankside.

The venue is where Shakespeare learned his craft, having been built before The Globe.

Mr Cundall has found he is related to Henry Condell, the actor who helped prepare Shakespeare’s First Folio, and owned extensive shares in the Globe and Blackfriars Theatres.

Bard are the chances?

In South Bermondsey, sausage roll fans have been noticing that Greggs has been employing a bouncer.

“Only in Bermondsey would you find a Greggs with a security guard,” says one. But the phenomenon is not new.

“The South Bermondsey branch of Greggs has a bouncer, who checks you out before permitting you entry,” spotted out another passer-by earlier this year.

The bouncer has been on-duty at the branch since at least 2017, particularly during times when Millwall are playing at the nearby Den.

Last year, a spokesperson for the bakery chain told media that the measure was an ‘occasional’ additional security measure employed at its branches on a shop-by-shop basis.

Southwark NewsCommentDiary: Has a deer been spotted in Canada Water – and why shouldn’t you answer a ringing phone box in SE1?