Diary: Is Southwark getting a new superhero – and why is Primark in hot water?

Why have shoppers called out Primark? And what business is missing from an exhibition of Elephant's historic enterprises? 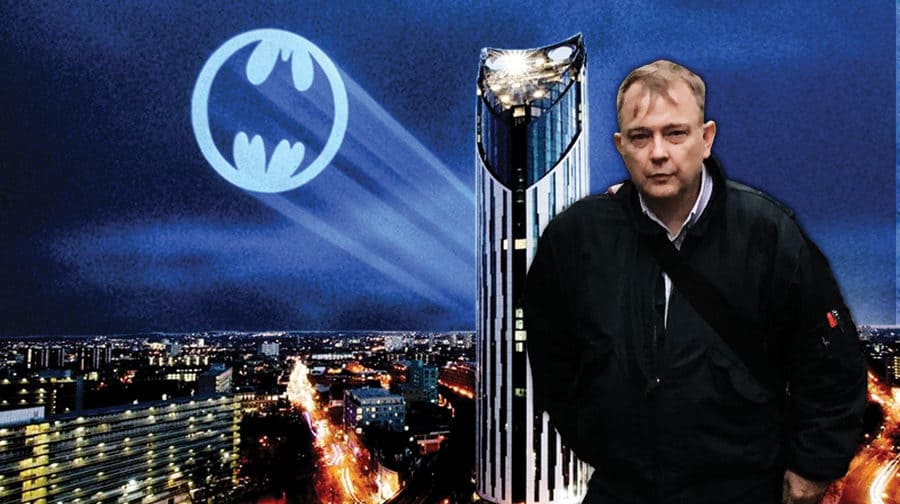 But the have-a-go hero interventions for the Draper Crusader have not stopped there.

Now a little bird tells us the councillor has written himself a theme song to go alongside his superhero escapades.

Are we a mask and a cape away from Southwark streets being patrolled by its very own Bruce Wayne?

The pictures, being displayed at the London College of Communication, give a fascinating insight into how the community has changed, for better or for worse.

But, one reader points out, there’s a conspicuous absence in the exhibit depicting long-gone ice-cream parlours and fish bars.

“The montage of businesses along London Road, near the Elephant, didn’t mention the premises of London Rubber Co,” they write.

Eagle-eyed Primark shoppers have forced the company to withdraw a London-themed tea towel off the shelves after noticing quite a few howlers with local geography.

The towel, decorated with a ‘map’ of inner-city London, had so many mistakes the retailer decided not to stock it anymore.

It put St Paul’s and the Gherkin on the wrong side of Tower Bridge, along with placing Big Ben and Westminster Abbey on the south bank of the river Thames.

Or that should be ‘Westminister’ Abbey, for there were numerous spelling errors in the mistake-strew map too.

Now Primark has offered anyone who purchased the product a complete refund.

“Customers who purchased the product can return it to one of our stores for a full refund and we apologise for any inconvenience caused,” says a shop spokesperson.

Southwark NewsCommentDiary: Is Southwark getting a new superhero – and why is Primark in hot water?