Council asks the offline to answer online survey – and does every family have someone like Uncle Piers?

The council's nonsensical survey, and Tommy Corbyn on his uncle Piers feature in this week's column 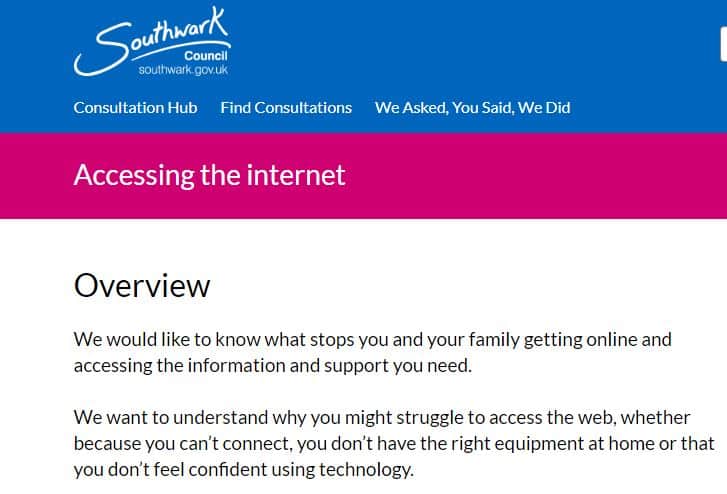 If you can’t get online, please answer our online survey

We noticed last week that Southwark Council was running an online consultation – targeted at those who can’t even get online.

The survey, entitled ‘Accessing the Internet’, states: “We would like to know what stops you and your family getting online. We want to understand why you might struggle to access the web.”

While definitely very important to increase access to online tools in the middle of the pandemic, one wonders how those struggling to access the internet will be reached by an online questionnaire.

It can’t be just us who wonders if this is the most sensible survey ever conducted?

‘We don’t talk about Uncle Piers’ First, we revealed how he led an anti lockdown protest in Glastonbury. Then it was followed up by another one outside St Thomas’.

Last week, the brother of the former Labour leader scored a hat-trick by getting involved in yet another demo in Hyde Park.

It has seen the controversial weather forecaster slapped with fines, as well as backlash from some in Southwark.

But perhaps the best reaction comes from within the Corbyn family itself.

Anyone who has sat through an excruciating dinner with the extended family may well be inclined to agree that “every family has a Piers, I’m sure.”

Has Paul got competition? Cllr Paul Fleming, who is running to be boss of Equity

Southwark councillor Paul Fleming is running in another election outside any of those for the town hall.

The Faraday Ward rep has his sights on becoming the head of the Equity union, which lobbies for those in the performing arts.

Enviable celeb endorsements have even come from the likes of Olivia Colman.

But there may be a celeb challenger, too. Former star of ITV’s Love Island, Amy Hart has unofficially thrown her hat into the ring, saying it’s her next goal after “world domination.”

“I feel like I want to get a job at Equity so I can combine my love of unions and theatre full time,” she says.

If this becomes an ITV spin-off series, you heard it here first.

Southwark NewsCommentCouncil asks the offline to answer online survey – and does every family have someone like Uncle Piers?