Do you recognise these Tower Bridge engineers – and what’s your worst door-knocking tale? 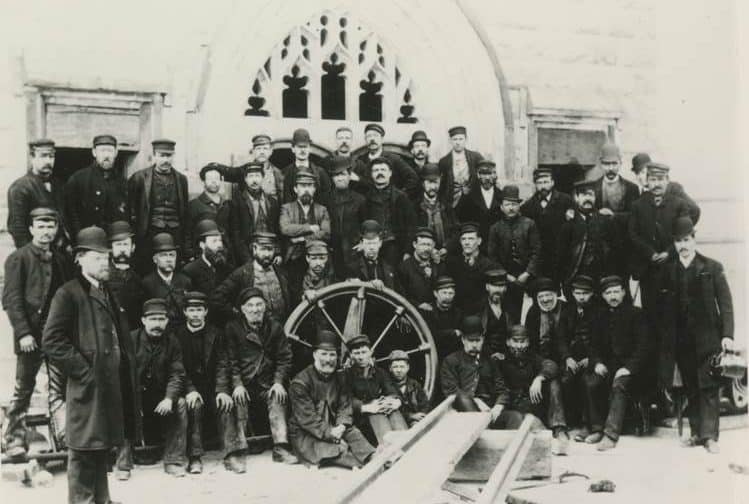 Do you recognise these men?

A mystery has unfolded around one of our borough’s greatest landmarks, Tower Bridge.
A recently resurfaced photograph from 1894 of the tower’s construction team has led to an appeal to help identify those invovled.
It’s a mix of workers in flat caps, and foreman in bowler hats, but nothing is known of their identities.
Tower Bridge believes that one of the men might be a superintendent for a steel supplier, but the rest of the men are clouded in mystery.
The bridge has asked anyone who can ID them to contact people@towerbridge.co.uk.

Political figures have been sharing their stories of door-knocking recently.

It’s thrown up a litany of horrors from those braving a canvassing session for their chosen candidate.

But perhaps the most awkward tale of them all comes from former Southwark Council leader, Niall Duffy.

He was out knocking on doors in Bermondsey in a by-election, he says, when a woman with a young baby answered the door.

She asked him if he knew a certain activist. “Why yes,” he responded. “Shall I give your regards?”

“Definitely,” the woman replied. Then, as she held aloft her baby, she added: “10 months ago he knocked on this door at the general election and he hasn’t paid a single penny [of] child support.”

All local authority meetings are now carried out over video calling software to help combat coronavirus.
It comes with its own quirk: officials at the town hall taking part can choose their own fanciful background, instead of whichever wall in their home the camera is facing.
Examples we’ve spotted so far include a sunny Bahamas-like beach, and one council officer choosing a number designed to make him look like an astronaut in outer space.
Have you any other examples? Email editor@southwarknews.co.uk?.