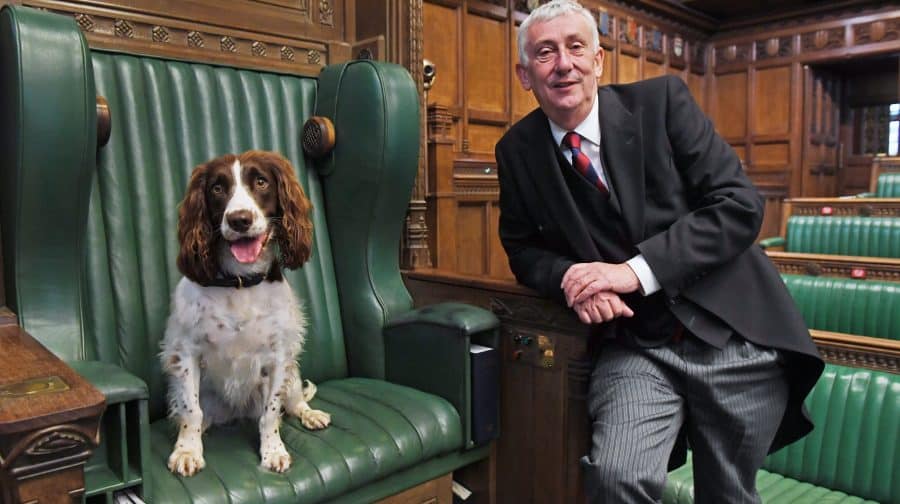 A heroine pooch, who was awarded a ‘canine OBE’ for her work during the terror attack on Borough Market has been given a special tour of Parliament – even sitting in the speaker’s chair.

Poppy, an explosives detection dog, was among the canines helping to secure Borough Market and London Bridge following the attack in 2017.

Now she has put her nose to the test in Parliament, even meeting the Speaker Sir Lindsay Hoyle in the process.

“We are so lucky to have police dogs searching Parliament every day to keep us safe,” he said.

We can’t be the only ones thinking politics might be better if there were more dogs in Parliament?