Investment could see it return to its former glory 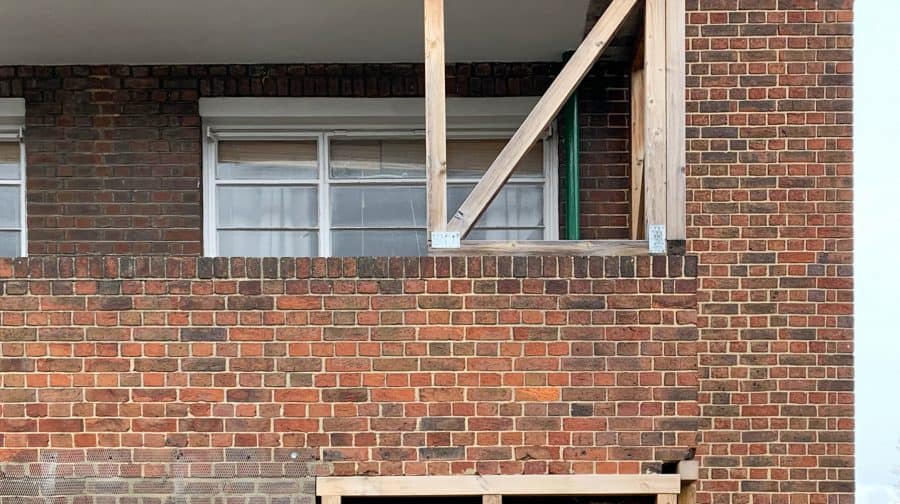 Dorchester Court was such an object of beauty that its sleek, Art Deco style was commended with a Grade II listing in 2004.  By then though, it was already in a bad state of disrepair.

Its eight blocks contain 96 flats constructed between 1933 and 34. They were designed by architects Leslie H Kemp and Frederick E Tasker for a local builder and developer, Mr Morrell.

Kemp and Tasker were lauded cinema architects but in Dorchester Court they created a gorgeous estate with green space, roomy balconies, and epic views across south-east London.

The entire estate was purchased by Manaquel Ltd in the 1959. Since at least the 1970s residents have complained that calls for maintenance, repairs and refurbishment were going ignored – coming far too late if at all.

What is striking about Dorchester Court is the general consensus that the terrible state of this once proud structure is largely due to neglect by its owners.

Dorchester Court is a historically significant Herne Hill landmark.  It is also home to a majority of renters now struggling more than ever to make ends meet.

And it has suffered from wilful under-investment by an absentee landlord worth £200 million they will never personally meet.

It has cockroaches, failing heating and hot water, and wooden beams holding up the crumbling fabric of the building.

Whatever its managing agents or owners say about reinvestment and their future plans, given the state it’s in now, how could it be described as anything other than modern-day slum housing?