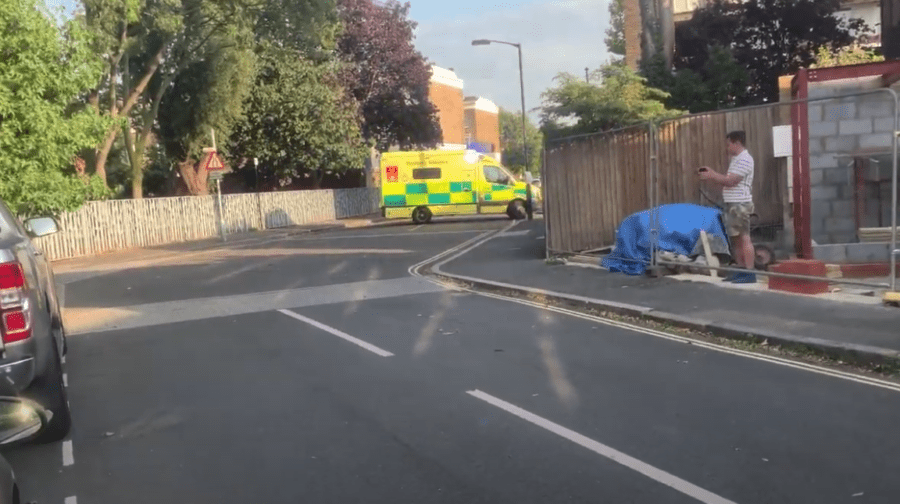 New ‘low traffic neighbourhoods’ must not stop the emergency services responding to calls quickly as possible.

This simple truth – that a flower bed blocking the road can’t be the thing which could stop someone receiving life-saving care – seems to have escaped Southwark Council.

This week we report how one single council roadblock in Chapter Street has been seen to stop ambulances and fire brigade crews responding to emergency calls, forcing them into u-turns.

Shockingly, in one case, multiple residents told us the roadblock delayed ambulance crews responding to a woman who fell from a fourth-floor window.

The service itself admitted that schemes like Southwark’s risk delaying urgent care to critical patients.

Residents have been raising the alarm, with video evidence, since July, when the scheme was first implemented.

Southwark says it will keep the roadblock under review to ensure access for emergency vehicles. We say: You’ve had three months. What on earth is taking you so long?

This is not the only change under the ‘low neighbourhood’ banner which appears to have been marred by blunders on the part of council officials.

Residents of the Brandon Estate have been left with one point of exit via John Ruskin Street, forcing them to go to Elephant and Castle to get to Walworth Road.

In other cases, residents have reported the Met being given the slip by criminals on mopeds – cars are blocked by the council flower beds. Mopeds are not.

Any low traffic neighbourhood can spark bitter debate. It can all too often be polarised: motorists vs cyclists, taxi drivers vs TFL, council vs lobby groups.

This is being played out all across London. A similar scheme has been scrapped in Wandsworth, thousands have signed a petition against it in Lambeth, and in Lewisham, the council leader has pledged to review some of its initiatives following a backlash.

But wherever you stand – as a motorist, cyclist, pedestrian or all of the above – we hope access for emergency vehicles is one thing everyone can agree on.

These road blocks are ridiculous, they’re causing traffic congestion with the added fumes coming from the tail backs, emergency vehicles can’t get around quick enough, and the only people that really benefit are the dealers and bike thieves who can skip through with impunity…

Just another example of Southwark Council wasting money which would be better spent elsewhere.
Will it take some poor soul dying due to the fact ambulance can’t get past the planters to make this useless council admit their mistake and remove them?

I totally agree that emergency vehicles should not be impeded by these roadblocks. That is a not up for debate.

I do think the council does have a point in terms of reducing car journeys and emissions in the area. I don’t understand why so many people drive around locally within this very small patch (SE17), when they could walk to most places. This article refers to Brandon Estate residents being forced to access Walworth Road via Elephant and Castle. It’s a 10 minute walk, why are they driving there? Granted some people will have to drive there due to medical reasons but the majority of residents should be able to manage a 10 minute walk.

Since the roadblocks have been in place the noise pollution from motorbikes and mopeds making deliveries or gangs of them joy riding – doing circuits of the area with wheelies and tricks, all of which are incredibly noisy because the noise reverberates off the buildings – has fallen from almost constant to non-existent. I can actually leave the windows to my daughter’s room open without worrying that she’s going to be woken up by a motorbike reviving.

Also, there is a definite fall in traffic from taxis and other vehicles using Cook’s Road as a cut through.