Environmentalist Donnachadh McCarthy on why the chancellor should invest in cycling

Get on your bike, don’t jump in a cab 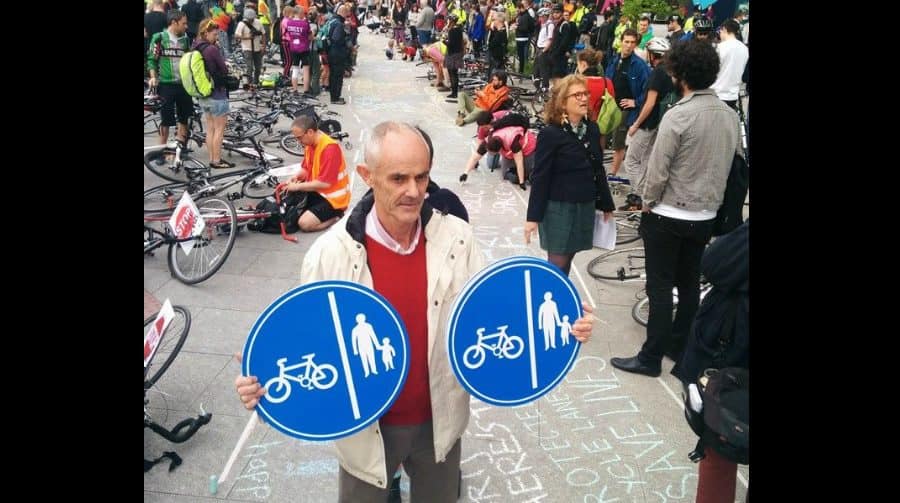 Last week was a terrible one on London’s streets.  Six pedestrians and cyclists were killed and there were days of high traffic pollution alerts.

About 170 people died from traffic pollution diseases and another 55 people from inactivity diseases, as 60% of Londoners who want to cycle, are afraid to. Thankfully no kids were killed but in Southwark many schools’ pollution levels broke EU safety limits, threatening their lungs with stunted growth.

I was asked to speak at the Stop Killing Cyclists rally outside HM Treasury on Saturday, which called on the Chancellor Phillip Hammond, to increase the tiny 1% of the transport budget spent on cycling, to 10% by 2020.

I was surprised to learn that the congestion stats for the London congestion zone, including north Southwark, show that the single largest source of congestion is taxis!

Black cabs make up 23% of weekday traffic from 6am to 8pm and private hire vehicles make up another 14%. Thus, taxis make up 37% of all congestion! Any time I go down the Strand or Holborn, there are bumper to bumper black cabs, pumping out diesel pollution.

Most cabbies are really decent hard-working helpful people. So, what can be done about this? The London mayor has required that all new black-cabs should be hybrids from next year.  Over time that will deal with some of the pollution.

The explosion in Uber cab numbers needs urgent tackling. Tory ministers are refusing to allow London’s Mayor to regulate their numbers, now over 100,000! Many are idling on the side of our roads, waiting for a customer, chucking out pollution.

We also need to reduce unnecessary taxi journeys. Many company employees jump into a cab on free corporate expense account for short hops to meetings in the congestion zone. Companies should take out membership of the Mayor’s Bike Hire Scheme or have their own bike-share. This would reduce congestion in north Southwark, where our most polluted schools are.

Employees would be healthier, get to their meetings faster and save a fortune in cab fares for employers.

So a win for our kids, a win for employees and a win for cleaner safer streets, fit for humans.