Even before the u-turn, Southwark stars were shining thanks to impressive results

Despite the happy news, leaders have hit out at the government for permanently damaging trust in the education system 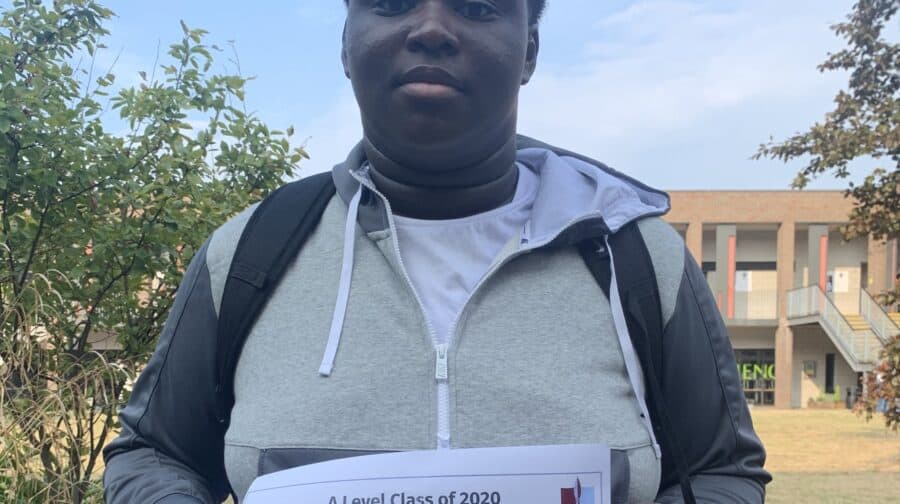 Joshua from STAC is off to Oxford

A global pandemic, lockdown, school closures, and a huge U-turn from the government after the A Level grading debacle has failed to dim Southwark’s shining stars.

Even before the government ditched the algorithm and announced teacher assessments would be used after all, Southwark Council had confirmed student outcomes at KS5 had ‘improved at all measures’.

The greatest improvement was shown in the range A* to B and A* to C, which were two and 1.8 percentage points above the national figure.

Councillor Jasmine Ali, cabinet member for children, schools and adult care, said: “Uncertainty around national arrangements has only made it more stressful for our young people, yet Southwark’s A-Level and BTEC students have been incredibly resilient.”

Despite the happy news, leaders have hit out at the government for permanently damaging trust in the education system.

St Michael’s head teacher Felicity Corcoran had told the News on results day how ‘totally inexplicable’ downgrades had been made to students’ grades. The Charter School North Dulwich’s head Christian Hicks said 43 per cent of all grades submitted had been downgraded.

As has been well publicised, the algorithm puts state school students and those from less affluent areas and top schools at a disadvantage, as it doesn’t take into account individual performance; only that of the school overall.

“The Tories’ U-turn is welcome after days of heartache and confusion but they must now provide urgent support to universities to unpick the admissions chaos caused by their unjust algorithm,” she said.

“Many students have already lost out and that can’t be allowed to stand.”

Southwark NewsCommentEven before the u-turn, Southwark stars were shining thanks to impressive results