There are now over 50 of our Blue Plaques installed, and still the people of this borough keep presenting us with brilliant ideas for who or what should be awarded one next 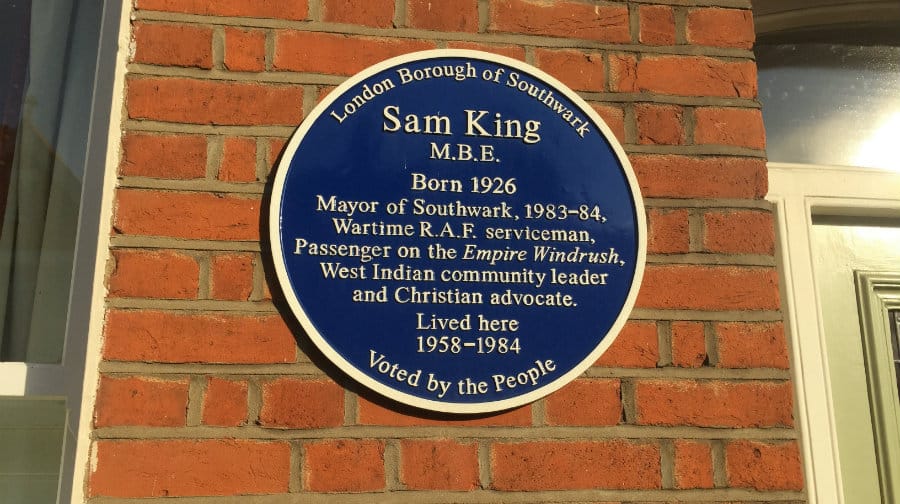 For the past fourteen years the  News is proud to have been one of the founders of the Blue Plaque scheme here in Southwark.

After nominations have been vetted and checked, a shortlist of seven has now been drawn up for people to vote on.

The scheme came about after the News and Southwark Heritage Association tried to find a way around English Heritage’s strict criteria, that a building must be standing and the person dead for them to qualify.

The latter was not really a problem, but the idea that so much of our rich heritage could not be recognised because a building was no longer there was not acceptable to us. So, we invited Southwark Council to join us in drawing up our own Blue Plaques and getting local people to vote.

The truth is much of our physical heritage was destroyed in the Blitz, but it is perhaps the 1960s and ‘70s architects who did the most damage.

Visit here to see who has made this year’s shortlist, and to find out how to vote

Our scheme has allowed the likes of Charles Dickens, Geoffery Chaucer and Charlie Chaplin to be honoured on our streets, but also less well-known historical figures like  Phyllis Pearsall, the inventor of the A-Z. In 1935, Pearsall couldn’t find her way to a party in Belgravia so decided to make a completely new map of London, which she did by getting up at 5am each morning and walking every one of London’s 23,000 streets – a distance of 3,000 miles. The result was the A-Z, the first street atlas of London.

In fact, it is testimony to the scheme that we cannot mention all of the Blue Plaques that we have managed to get up across the borough.

There are now over 50 of our Blue Plaques installed and a few years ago – with so many put up with the backing of local people and visitors in their thousands – we decided that the time was right to give the accolade to just one person, place or event each year. So it’s important that people still go out and vote.

Our current seven might not be as well known as Dickens or Chaucer, but we hope it will inspire you to find out more.

Without our Blue Plaque scheme the places you walk past each day would be just any old street or building. Southwark Heritage Association and Southwark News, with the support of the Southwark Council, have changed that forever – let’s continue to do that and hold our heads up proudly as London’s most historic borough.