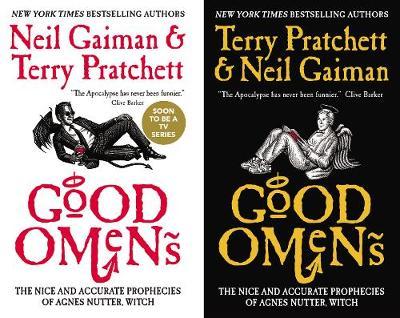 The novelist Neil Gaiman has thrown down a challenge.

He will send a personal postcard of ‘congratufuckinglations’ to anyone who can send him evidence of swearing themselves into office with a copy of his book, Good Omens.

It comes after reports that President Trump had joked that he could swear himself into office by holding up a copy of The Art of The Deal. Traditionally, holy books are used to take the oath.

Among those pledging to take up the challenge to swear an oath while holding the Gaiman’s novel is Lambeth and Southwark London Assembly candidate, Claire Sheppard.

Oh Neil if the good people of Lambeth and Southwark elect me to the GLA in May it’s on!

“If the good people of Lambeth and Southwark elect me to the GLA in May it’s on!” she says.

Does this spell good omens for her bid to win the position?