Requisitioning empty homes would only scratch the surface of the problem 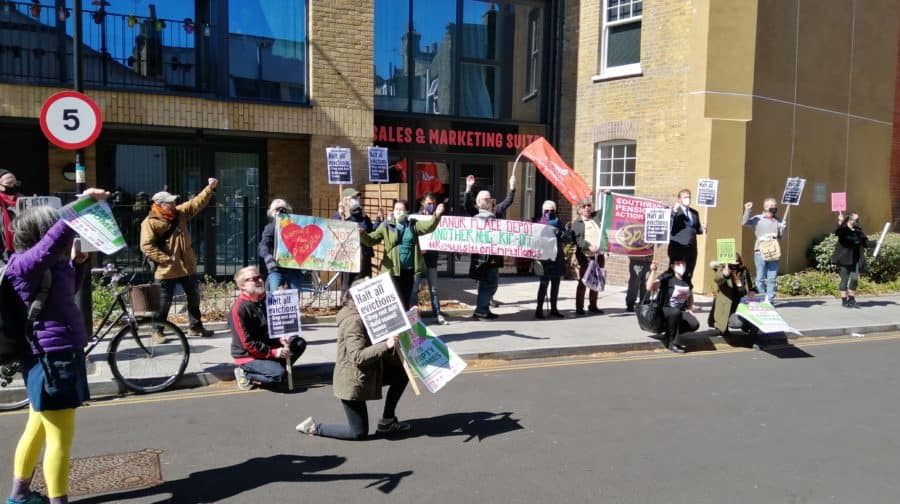 Protesters chanting outside a gleaming new development where several homes appeared to lie empty illustrated the difficulty of the housing crisis in Southwark and across London.

It’s natural for protesters to want to vent their anger at the council and at developers for their role in the crisis. Action on Empty Homes says that 2,358 homes were empty in 2020. Southwark Council said there are more than 1,300 “long-term empty” private properties.
At the same time, there are more than 14,000 households on the council housing waiting list in the borough and 3,000 in temporary accommodation.

This shows that even if all the empty homes were requisitioned tomorrow, it would only scratch the surface of the problem. The roots go far deeper than what is happening today.

The Right to Buy policy introduced under Margaret Thatcher gave people the opportunity to buy their home from their local authority at a major discount. While a massive boost to the people who benefited from it, the scheme also amounted to a grand transfer of public wealth to private hands. But the hope of local working class people being able to buy a home in the area has long been beyond even high earners, as property prices continue to rise.

At the same time, the council has promised to build 11,000 new council homes by 2043. But we are now seeing the problem with that pledge – where to put them? Tenants understandably don’t want to feel overcrowded or to lose sunlight as a result of infill schemes.

The only solution is national, as the council said in its letter to housing minister Robert Jenrick: give local authorities the power to insist on full occupancy as a condition of planning permission, with any vacant properties to be let out at affordable rent.

Sound idea and a slightly different approach to address empty homes due to mostly property used as investment vehicles and short term rentals. Doesn’t get off the ground because they don’t increase revenue for the council. Luxury flats on the other hand are cash cows for the council.

Southwark NewsCommentGovernment needs to step in on empty homes