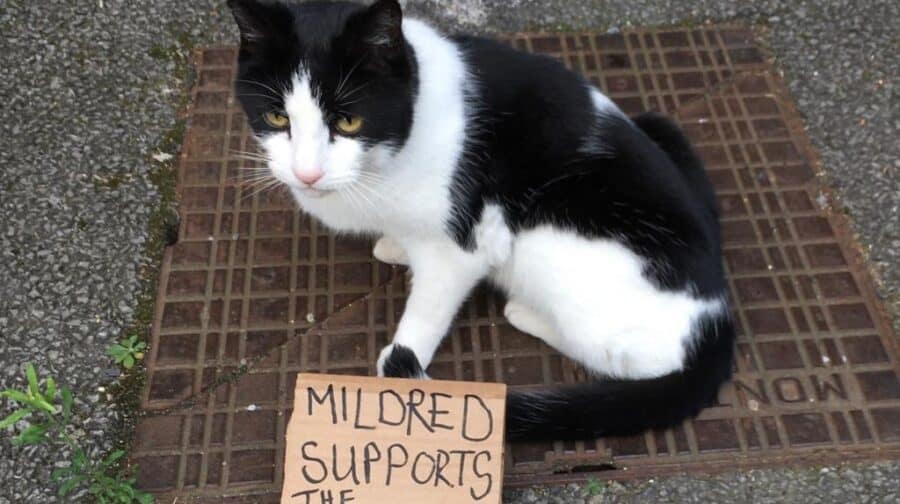 Last week, we told you how workers at the Tate’s commercial arm have been utilizing a novel form of protest: making impromptu artworks to spread around the gallery highlighting their anger at a large number of redundancies at the organisation.

Among them was a sign next to a urinal, meant to symbolise how the Tate is “wasting” workers.

Now an unlikely person has joined the ranks of those protesting: Mildred the Tate Modern cat.

The regular feline visitor to the gallery was pictured by union members next to a sign saying: “Mildred supports the strike!”

“If anyone was ever in doubt, Mildred is a true comrade,” says the union.

Is this what they mean by a wildcat strike?