Has your SE16 road appeared on telly – and why has a food review angered Peckham locals?

What has caused a backlash among Peckham locals this week? And why might your SE16 street have appeared on the telly? 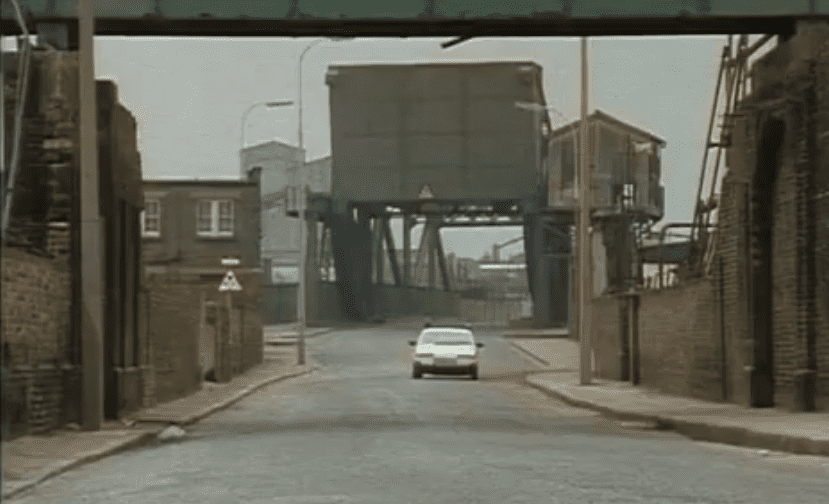 Our attention has been drawn to an ingenious films and telly map created by an SE16 resident which aims to catalogue all the times Bermondsey and Rotherhithe have appeared on the big screen.

The map can be opened on your smartphone so that you can take a walking tour through locations that appeared on soaps such as The Bill, or film classics like a Fish Called Wanda.

It’s a whistle-stop tour through fictional attacks by giant sea monsters in our borough; car chases, hijackings and shootings; and scenes of long-gone pubs serving as a backdrop to gritty TV confrontations.

Among them are Alfred Hitchcock’s first-ever foray into directing outside the Angel pub, and Vinnie Jones bartending at the Blacksmith Arms.

You can find the whole project at https://se16onscreen.wordpress.com/.

A column in The Times newspaper has been doing the rounds on social media this week, over its disparaging portrayal of SE15.

The article by food writer Giles Coren – who lives in Kentish Town – was ostensibly a review of the Kudu restaurant, but contained insulting references to “the murder train” to Peckham Rye.

According to Coren, if you risked the extremely short 200m walk from Queen’s Road station to the restaurant, you could eventually wind up with “so many stab holes in you” that you would be unable to drink a glass of water.

It’s been slammed by several fellow food critics – and normally hospitable Peckham locals have told Coren he’s not welcome back, too.

“I take the murder train to work – pretty safe actually,” responds one. Another added: “I can’t speak for the whole of SE15, but perhaps he should save his time and train fare and p*** off.” A Rotherhithe ‘pearly queen’ is to take to a plane in full garb for charity, having been foiled several times by coronavirus.

But instead of going inside the plane, Michelle Thorpe will be walking on the outside of it – saying she is the first pearly to do a wing walk.

But contrary to the saying that third time is the charm, this will be the Pearly Queen’s fifth attempt to brave the daring feat.

“What can I say apart from hopefully 5th time lucky!” she says. Money raised will go towards a homlessness charity for ex-service personnel.

Southwark NewsCommentHas your SE16 road appeared on telly – and why has a food review angered Peckham locals?