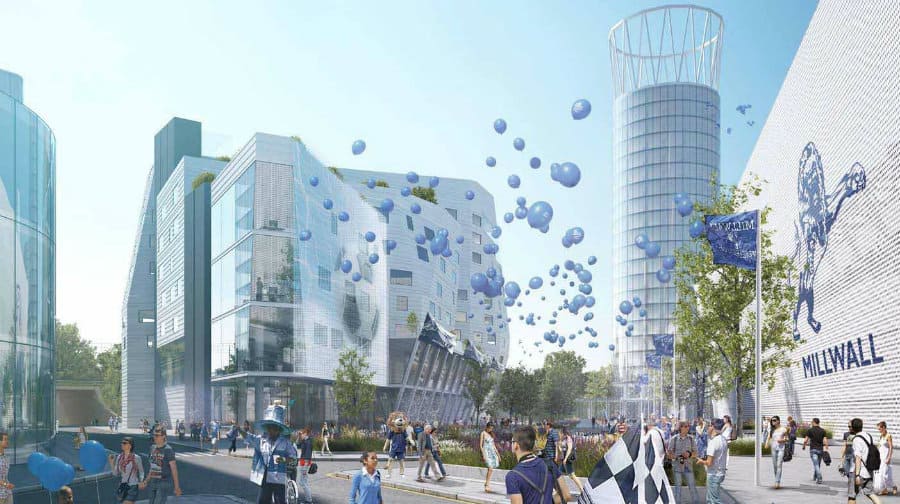 A decision is due to be taken tonight which could affect the very survival of Millwall Football Club.

Lewisham Council will decide whether to carry out a Compulsory Purchase Order on part of the club’s ground, as part of a highly controversial development scheme. The Labour cabinet will make that decision, faced with a motion opposing the proposal that was signed by 22 of its own councillors.

It’s no real surprise that the council faces an outcry over its decision to team up with developer Renewal, effectively excluding the club from massively profitable development all around it – indeed on its very own turf. It makes zero sense to pretend that the club isn’t the key feature of the area – in fact it defines what this part of London is. And the proposal as it stands would chop away critical parts of the club’s current infrastructure and community assets.

Given that the majority of Millwall fans now live in Kent, Den owner John Berylson could be forgiven for thinking about selling off the land and moving the club further out. He hasn’t, and instead he’s spent a lot of money keeping the club in Bermondsey, its dockers’ heartland.

It’s true that the scheme proposed by Renewal is for six times the number of homes, and goodness knows we need them. And yet, Renewal have been vague about the level of genuinely affordable housing envisaged for the scheme. So it could well be luxury flats crammed into the area, which is probably the very last thing we need. The council’s report mentions a figure of just twelve per cent affordable, which if applied to the whole scheme would mean some 2,100 luxury properties – an eye-watering proposition for a developer.

Their promise of 2,000 jobs, new transport infrastructure and a sports centre are all of interest – but would certainly be needed with so many new people coming into the area. By and large, they would just be soaking up the extra demand, rather than drastically improving the lot of the current residents.

Yet regardless of the pros and cons, we don’t know what a joint proposal between Renewal and Millwall could look like – because Lewisham Council haven’t asked them to come up with one. How much better could the development plan look with Millwall FC – a football club steeped in the rich history of the area – on board to drive the project forward, rather than threatening its future and ending up, somewhat ironically, with an indoor sports centre and health complex in its place?

We sincerely hope that Lewisham make the right decision this evening, and opt to go back to the drawing board to involve a club that is the beating heart of the area they want to redevelop.