Out of all the horror, our enduring spirit shines through

In spite of the grief, the anger, the horror, please find time to vote 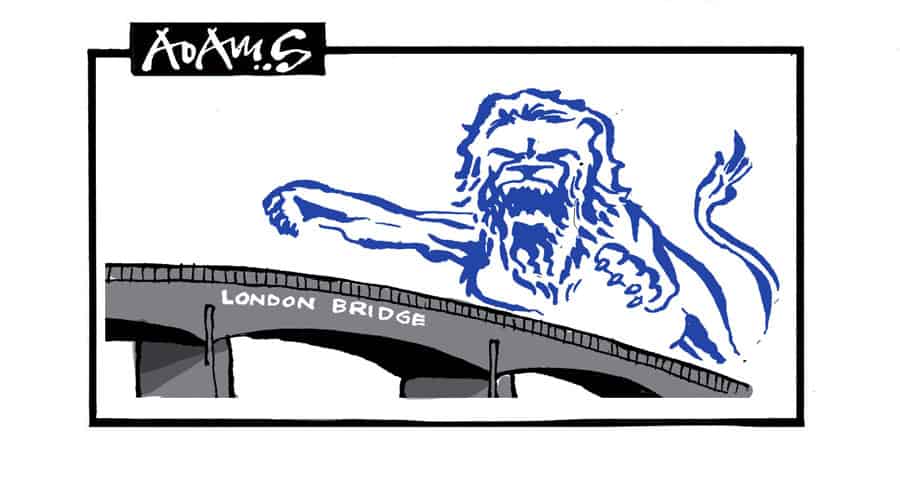 We all know all the places – the Barrowboy and Banker, the Southwark Tavern, Black and Blue, Brindisa – can picture every twist and turn around Borough Market and imagine the horror and the terror, transpose ourselves into the places of the victims and think – that could so easily have been me.

In the aftermath of the appalling, sickening events of Saturday night at London Bridge, whilst people around the world will feel the pain of those involved, for the local community, the horror is that much keener, so very vivid.

We’ve heard so many people say: ‘It’s just so close to home’ – but the reality is that it is home. London Bridge, for all of us in Southwark, isn’t a place to pass through or where you catch a train – it’s part of where we live.

And when you read of the horrors of Saturday night, you’re thinking – I sat at that bar, I walked down that street, I was due to meet friends there soon. How would I have reacted? Where would I have run?

Suddenly the nagging fears about terrorist attacks are right here on our doorstep, front and centre in our thoughts.

And of course, there is far, far worse. People have lost precious loved ones, their close friends, whilst others have suffered life-changing injuries or are still fighting for their lives. The agony is almost unbearable and we grieve for all of them, and for the families of the victims, who came from differing parts of the world.

Guy’s & St Thomas’ Hospital, still reeling from the terrorist attack on their doorstep in March, had to go through it all again – and this time are grieving one of their own, brave nurse Kirsty Boden, who was killed as she ran to help people on London Bridge. They, like their colleagues at King’s and other London hospitals, all our emergency services and police, deserve our heartfelt gratitude and admiration.

The survivors, the eye-witnesses, will be changed irrevocably by what happened on Saturday night. They will need ongoing support and counselling, and we as a community must come together to protect and nurture them, wherever we can.

What comfort can you take as a community from such horror?

Very little indeed, at first sight. Except that when you read about the heroism of some of those confronted, the instant, unthinking bravery of those who dragged injured people to safety, or picked them up in cabs to spirit them away, who called terrified bystanders into their bars and restaurants to help them escape – you can remind yourself that the fabric of our society is so much stronger than what the terrorists would have us believe.

Millwall fan Roy Larner – who stood up to be counted and took on the three terrorists – will for many of our readers personify the enduring, resilient spirit of this part of London, our area. Others will look on in awe at the bravery and dedication of doctors and nurses, of a police officer armed just with a baton, running towards, not from the attackers.

They are the very best of our community, a shining light in the darkness of the aftermath. Ultimately, horrifically, these types of actions have the opposite effect to that intended – they serve only to reinforce our community bonds.

That said, what Westminster, Manchester and now London Bridge have done is put terrorism and how we deal with it at the forefront of political debate, on election day, today. At such times of crisis, questions are asked and answers demanded, and we turn to our political leaders for solutions. It is perhaps inevitable, if depressing, that political debate among our national leaders has descended into a tit-for-tat exchange in this past week.

How much more dignified a response – how much more affirming – would a united front between the parties have been?

To respond to these acts by saying that whoever was in government after today would try to find consensus with opposition parties and work together to eradicate this cancer in our society?

Tempting as it is, politics should not be led by events, by emotion, but by calm and rational thinking. We hope that in the days and weeks that follow, the new government works to make us safe by doing just that.

We always ask our readers on election day to go out and vote. In spite of all the grief, the anger, the horror, please find time to do so.

The chance to choose our political leaders, to reaffirm our belief in our democratic system in the face of those who would have it otherwise, should not be something that we give up lightly.

Southwark NewsCommentOut of all the horror, our enduring spirit shines through