How sad that on the 10th anniversary of Jade’s passing, cervical screening uptake across the nation is now at the lowest since records began

Doctors are now warning that fear, embarrassment, and body shame are putting women off attending, especially ‘millennials’ in their 20s. 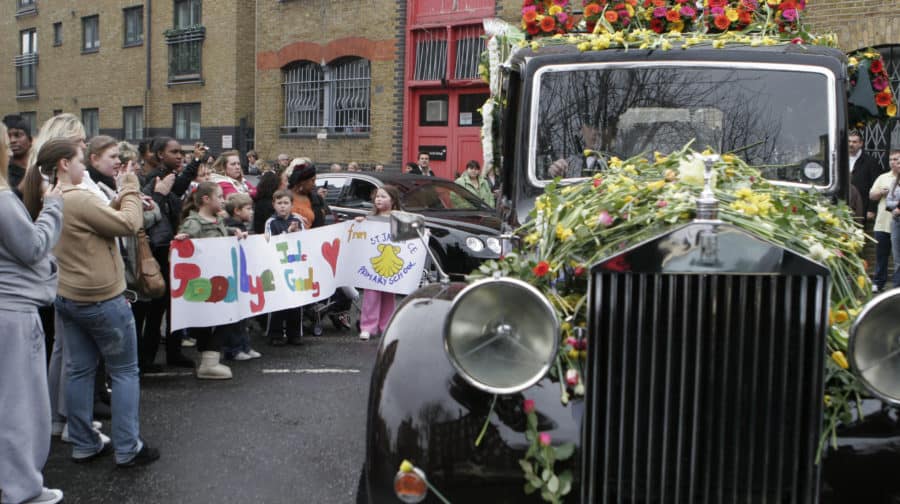 Has anyone from Bermondsey had quite an impact in such a short space of time as Jady Goody? She was the loud, outrageous, and gaffe-prone girl-next-door of East Anglia and Rio de Janeiro fame, who grew up on the Dickens Estate and rose as a celebrity after appearing as a 2002 Big Brother contestant.

By her own admission, she never had much of an education and childhood was hard as she cared for her mother after she lost her arm in a car accident, whilst her father was estranged.

These experiences, combined with an ability to laugh at herself, buckets of charm, and a canny nose for business, led her to take her fifteen minutes of fame and grasp it, and build a better life for her two sons. After her cervical cancer was diagnosed and found to be incurable, she died with her family by her side. In the weeks leading up to her death she bravely shared her experience as she moved closer to death.

Her campaign for women to attend their smear tests and avoid dying young from a largely preventable disease became her legacy.

Once the butt of many jokes, after her death, then-prime minister Gordon Brown said: ‘The whole country has admired her determination to provide a bright future for her children’, and David Cameron said ‘her legacy will be to save the lives of more young women in the future.’

At her funeral cortege, then Bermondsey MP Simon Hughes summed it when he told reporters: “Bermondsey was where Jade grew up. She was representative of this community.

“People are saying ‘Well done girl – you didn’t have the easiest start but you turned it to good.'”

In the years after her death, screening rates shot up.

How sad that on the tenth anniversary of her passing, cervical screening uptake across the nation is now at the lowest since records began.

Doctors are now warning that fear, embarrassment, and body shame are putting women off attending, especially ‘millennials’ in their 20s.

Some of them will be too young to remember the reality TV star and her death.

But they should take a leaf out of her book – grab opportunities with both hands and don’t let embarrassment get in your way.

On Friday, spare a thought for Jade, a true Bermondsey girl whose time was cut short – and open that letter you’ve been ignoring.  It could save your life.

Southwark NewsCommentHow sad that on the 10th anniversary of Jade’s passing, cervical screening uptake across the nation is now at the lowest since records began