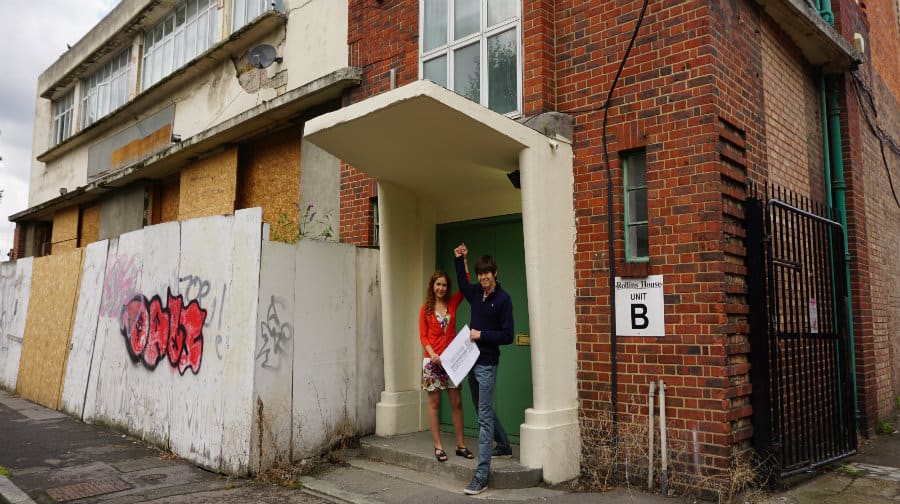 Gabriella and Sami outside Rollins House

To see a mother and her fifteen-year-old son taking on mighty developers in order to save their ‘historic’ home is inspirational.

The pair, who live in a flat in Rollins House, have spent the last two years researching the history of the building in order to prove its worth to planners at Lewisham Council. Their home falls under the ‘New Bermondsey’ project around Millwall stadium, which will see 2,400 homes and 2,000 jobs for the area, as well as a new Overground station on the East London Line.

Whether this art-deco building’s historic credentials outweighs the impact the building has by remaining within the ‘New Bermondsey’ masterplan is what should be up for debate.

Since the age of thirteen Sami and his mum Gabriella have trawled through old maps and commercial directories of the area to prove that this is a pre-World War II building and played a part in the war effort before making vinyl records in the post war era.

Developers Renewal had hoped to quash the duo’s attempts by claiming it was built after the war. Now they are hoping to downplay its historic significance and claim it’s been altered a number of times since it was built.

The mother and son team have gathered the support of historic groups to really create a David and Goliath battle. It would be a grave pity to destroy any historic building in the south Bermondsey area, as is not the most aesthetically appealing part of the borough.

Sami and Gabriella have done a great job in putting together a compelling case for the historic significance of the building.

It should be now up to Renewal and council planners to prove that by keeping this building the masterplan will be compromised.