Diarist: What the Dickens? 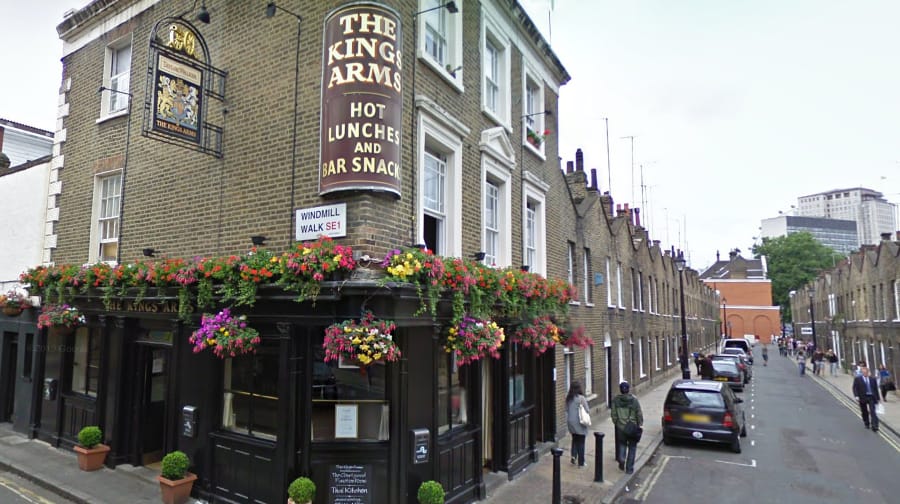 You heard it on the grapevine

This week, we report how the Mayflower in SE16 has unveiled a ‘Remain’ and ‘Leave’ Brexit beer options (see page 3).

In a similar vein, a Waterloo pub has denied that Brexit is in any way affecting its alcohol offerings.

Rumors have been stirring that the King’s Arms, in Roupell Street, had stopped serving 250ml measures of wine over Brexit.

But the operating manager tells us: “While I wish I knew how (and if?!) Brexit will go, this is not the reason behind the recent menu change.”

A barman’s Brexit joke was seemingly taken too literally by customers, he says.

The pub is test-dropping the 250ml ‘large glass’ measure to gauge customer feedback ahead of a new wine menu.

The large glass measure could return he adds – which may be good news for those not too keen on Brexit going ahead. Readers will no doubt be aware of the ongoing community furore surrounding the regeneration of Elephant & Castle.

But an unlikely character has been drawn into the row: lovable children’s character, Elmer the patchwork Elephant.

A series of sculptures of Elmer were unveiled at Elephant Park earlier this year.

But it sparked accusations that developers were attempting to PR-wash a controversial scheme.

Now activists have been seen using the sculptures to place protest messages against the redevelopment, including: “Elmer says: ‘Keep me out of your social cleansing schemes’” and “Elmer says: ‘I don’t like rich f***s.’”

In case their anger was not already obvious, activists also left mock dung next to the Elephant. Bermondsey coffee shop Fuckoffee has come in for criticism this week, after one of its outlets reposted a tweet saying: “If I had a pound for every gender there is, I’d have two pounds and a loud of counterfeits.”

Its branch on Bermondsey Street is covered in LGBT flags, leading one person to ask: “Does your support of the [Trans] in LGBT only extend south of the river?”

Another called for trans allies to boycott the shop until it apologises.

But the business has defiantly doubled down in response to the criticism and an apology does not seem forthcoming.

It has instead asked its customers to get ‘BoycottFuckoffee’ trending with examples of why people should not get their coffee there.

Suggestions so far include because “Fuckoffee ate my hamster,” and “Fuckoffee serves decaf.”

If you have an entry for our diarist – email editor@southwarknews.co.uk

Why should they appoligise for telling the truth? There is only 2 genders like it or lump it this is not the land of unicorn and make believe.

I think the LGBT+ lot are getting out of hand now, I wish the news media would stop giving these idiots media coverage.

Its just getting ridiculous, you can’t say anything now without offending a small handful of snowflakes.

Southwark NewsCommentLarge glasses of wine cancelled because of Brexit? Dirty protest at the Elephant and stirring up trouble over gender politics