Letter: Barry Albin-Dyer and his legacy

From Simon Hughes, former MP for Old Southwark and Bermondsey 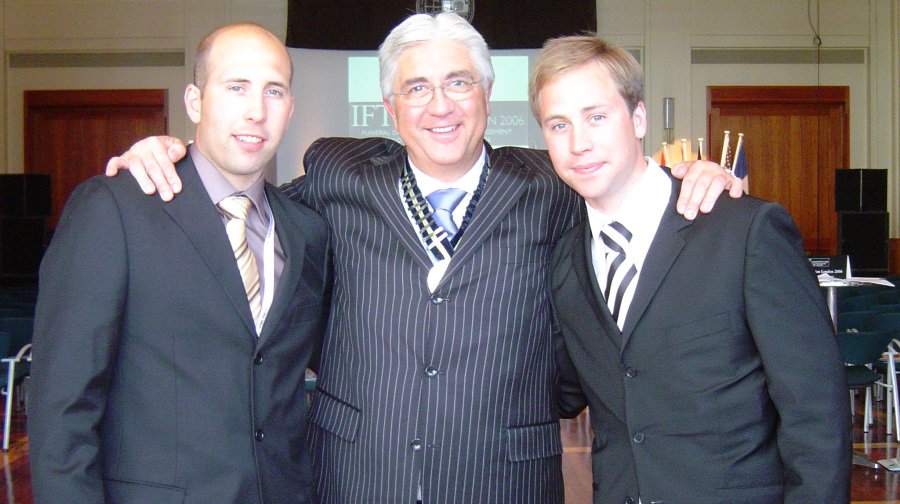 Barry with his sons Simon and Jon

Thank you to ‘Southwark News’ for your full and moving tribute to Barry in the supplement to your newspaper last week (Southwark News 25th June).

Your pictures and text captured the events of 20th June when Barry was laid to rest in Bermondsey in the most fitting way, and provide for us all a special memento to add to our many memories of Barry.

It may not be widely known that two years ago Barry passed over his business to his sons Simon and Jon. He did this before he received the frightening news of his brain tumour and when he still believed himself to be in the best of health.  He did this because he had full confidence that his sons were ready to take over the responsibility and running of this great family firm. The way in which the boys have run the firm during Barry’s illness and the way in which they led the mourning and the tributes to their father has shown not only their unlimited love and admiration for Barry but how right he was that his firm and its future would be safe in their hands.

Simon and Jon, Barry’s partner Jackie, and all staff of Albins will continue to grieve for many weeks as they adapt to a Bermondsey without Barry – something we all sadly have to do. As they go on looking after bereaved families day in and day out, I hope they will all be greatly comforted by the love and support that we will give them now, and in the future.