Lockdown meltdown: Give some people an inch and they’ll take a mile

How are the police expected to enforce the eased restrictions? 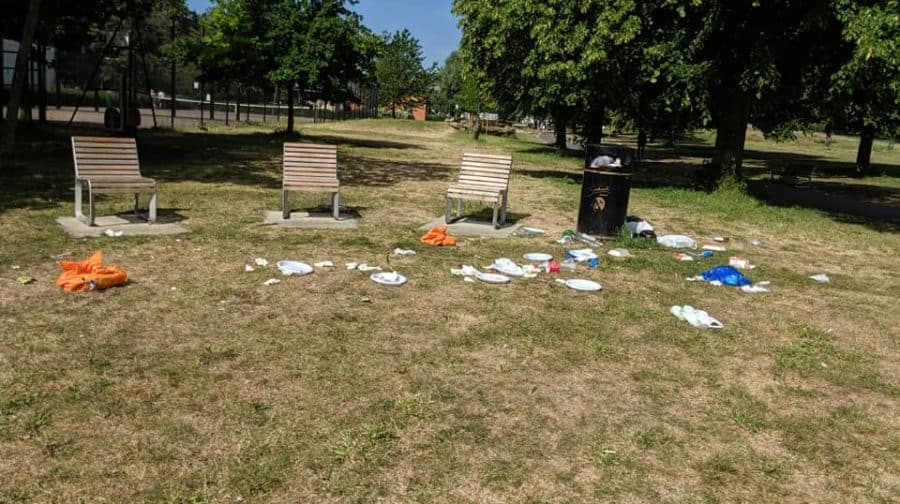 The wreckage on Tuesday in Burgess Park (c) Maeve Hall

Lockdown has presented many challenges but at least when we were told to stay at home the guidance was clear.

Now the waters have been muddied. Schools may be reopening – but we’re not 100 per cent sure – and although people aren’t allowed to play contact sports, travel far for ‘non essential trips’ or meet up in groups beyond your own household and one extra person – how can police really enforce this?

The drama at the heart of government over Dominic Cummings’ 260-mile round trip could not have come at a worse time – and the PM’s continued defence of him has weakened the nation’s collective resolve.

Suddenly, a minority – but a very significant one – is being so brazen as to meet up to play football, have BBQs and even parties with loudspeakers in the green spaces families depend on for their physical and mental health.

The mess they’ve left behind shames us all – it’s absolutely disgusting on every level that people could be so selfish and careless.

But the government should have known this would happen. If you give some people an inch they’ll take a mile.

Two young men were stabbed within days of one another – one found in Browning Street and one attacked in front of dozens of people next to Burgess Park.

In times of crisis governments can push through radical plans, and get support for massive changes, in a way that can seem impossible in normal times.

That’s why the government is steaming ahead with a huge transport shake-up to get more people walking and cycling safely, so they can adhere to social distancing and stay fit and healthy for years to come.

During the lockdown most types of crime dropped sharply. One of the most forward thinking things the government could do now isn’t radical at all – it’s basic.

Give the police the resources they need so the gains that we have made during the crisis aren’t squandered.

Southwark NewsCommentLockdown meltdown: Give some people an inch and they’ll take a mile