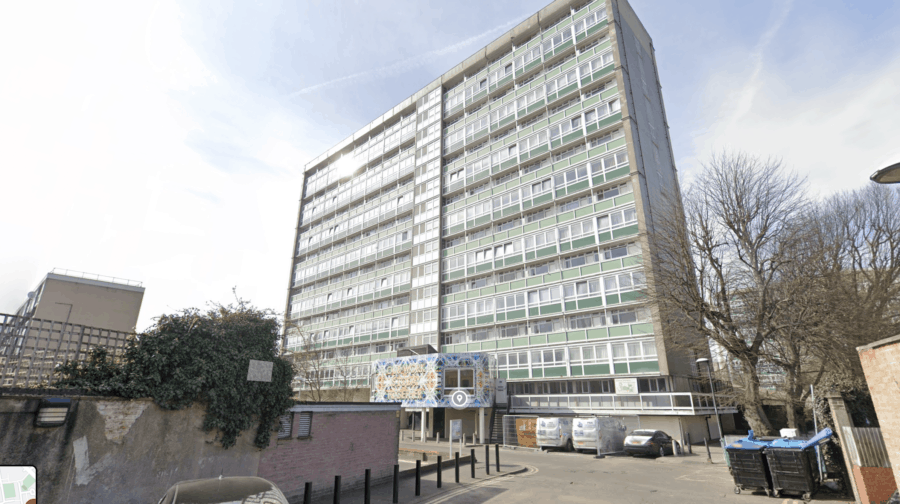 The cost of making Marie Curie fire-safe and refurbishing the entire building after having to rip out ceilings and floors is expected to reach £12.2 million.

Adding in buying back leaseholder homes and relocation costs for tenants, a waking watch while the block still has residents in situ, and other fees, and we have a ballpark figure of around sixteen million – but this is still simply an early estimate.

It is also a rough idea of cost based on a report presented to this week’s cabinet meeting, which outlines how a more detailed budget will be presented in the autumn. It is also unclear how costs could rise if the project drags on longer than planned; with the most intrusive work on the building not starting until June 2022 earliest.

Surveys and feasibility studies have already been conducted by ENGIE and their own contractors. They reveal the scale of work needed and provide more detail on fire safety defects within the building. But what none of this explains is how the extent of the work required to make the block safe, rather than another death trap, has only just been realised.

To put the figures in context, when Peckham’s Ledbury Estate was discovered to be at risk of collapse in the event of a fire and gas explosion due to essential strengthening works never having taken place in the past, residents were offered a ballot on the estate’s future. Initially a refurbishment was planned, with £8 million set aside for each block. But subsequent more in depth surveys discovered that this was woefully inadequate and the budget spiralled to the point where demolition and rebuild was the only real financially viable option.

So far there has been no mention of full demolition for Marie Curie, but as past cases in the borough have shown – nothing can be entirely off the cards.

Whatever budget is agreed in October, it must ensure tenants who are forced to leave – whether temporarily or permanently – get the housing they need; leaseholders who sell up are offered a fair deal; the work that takes place is value for money and to the highest standard; and that the council is held to account over exactly what it knew, and when, about fire safety in Marie Curie.