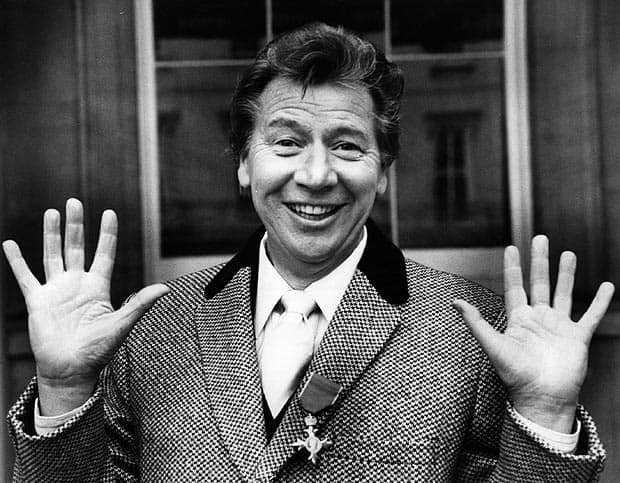 Family Fortunes has returned to screens on ITV for a revival, hosted by Gino D’ACampo.

Readers will know that Rotherhithe’s Max Bygraves hosted the series for a spell in 1983-4.

Paul Welsh, a historian, recounts in a column when he attended two episodes hosted by Bygraves being filmed in the ATV studios in Borehamwood.

In one of them, a contestant sensibly answered “turkey” when Bygraves asked for ‘something you associate with Christmas?’ But then they seized up with nerves and continued to answer “turkey” for every question, including for ‘Something you would take to the beach.’

In another, Bygraves asked for something made of rubber. The gaffe-prone contestant answered: “A condom.”

“Max really struggled to retain composure,” writes Welsh. “That was a no-no for family entertainment and I believe the show was never broadcast.”