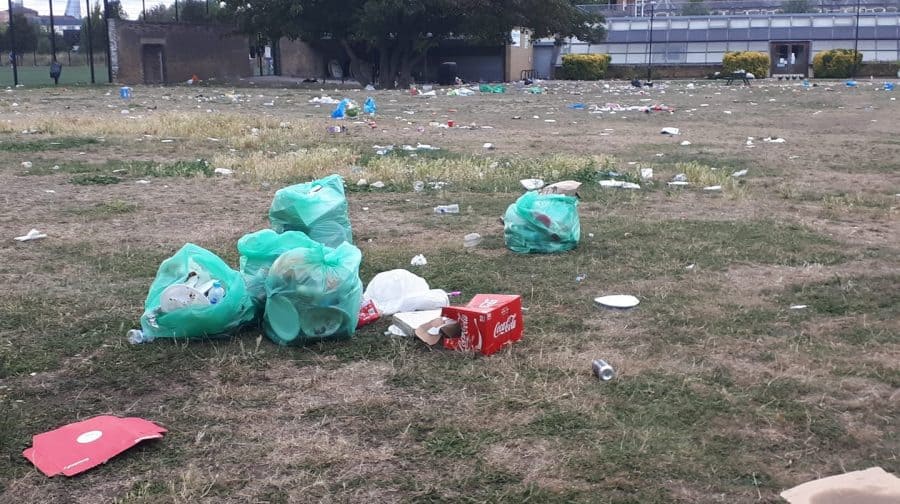 The situation in Burgess Park is intolerable and if something isn’t done tensions could reach boiling point.

Already residents are feeling let down by the authorities, frustrated with people in their own communities who pay no heed to the rules or other people’s feelings, and fearful of what will happen next.

Most people visiting Burgess Park do so responsibly but the actions of the minority who don’t have gone on long enough. No matter how many signs are put up, extra bins provided, pleas shared by park staff and volunteers, and front pages in this paper, some people are just hell bent on causing mayhem and think the rules don’t apply to them.

The police and council are doing a lot of hidden work to prevent events from happening, whether by contacting organisers online or visiting on regular patrols early on in the day to assess. It’s also not true to say they’re doing nothing – if so there wouldn’t be constant helicopters circling overhead.

Right now police are walking the line between managing risk and keeping the peace.

But if you couldn’t get arrested for turning up to an illegal rave at 4am during lockdown, then what exactly did you have to do to fall foul of the rules?

The violent, the ones who refuse to comply, and the repeat offenders are being targeted, but the followers who do disperse – even if only after riot vans and helicopters come in –  are being allowed to walk with few consequences. Meanwhile kind-hearted volunteers clean up their mess.

These aren’t one off events – they’re happening all the time across the borough in the midst of a global health crisis.

It’s very unlikely the entire park could be fenced and make secure but it can be made more difficult for people to drive in, park up, and bring large speakers into.

Deterrents – whether through increased fines for anti-social behaviour, more CCTV, and stronger enforcement – could make these raves less appealing, but whatever message goes out it certainly needs to be loud and very clear.

If the council and police are working together then hopefully they understand just how desperate residents are by now because of these chaotic disturbances day and night.

This problem hasn’t gone away in three months. It desperately needs a new approach, and soon.

And they are all too afraid to say who these people are exactly ? The same people ignoring the lockdown . They will never stop