If all goes to plan, the bridge could be ready for 2020 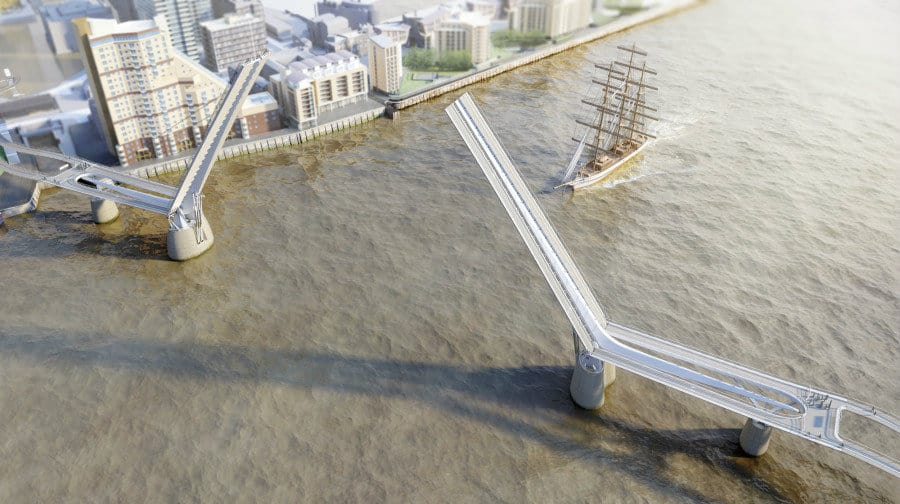 Mayor Sadiq Khan’s sudden announcement that he will ‘accelerate’ plans for the bridge between Rotherhithe and Canary Wharf was roundly welcomed this week.

Funding still needs to be secured for the popular project, but mayor Khan has said the procurement process will start next year if all the essential approvals regarding money and land are in place.

The bridge – which could be open by 2020 – will be for pedestrians and cyclists only, and has been promoted as a project that will ease congestion on the busy Jubilee Line.

The News reported in July that Canada Water station was on a top ten list of Tube stations closed due to congestion. During the period from March 2014 to February 2016, the station had closed 25 times.

And Canada Water and Rotherhithe is only going to get more dense as developers are about to embark on a massive regeneration of the area, bringing in many more people.

Getting to work in Canary Wharf will be much easier for many residents if the bridge does go ahead, and it will open up a cycle route to many more people commuting by bike from the wider area, potentially freeing up space on the Tube.

By encouraging more people to walk and cycle to work, it is also an ecologically sound answer to some of London’s congestion problems.

But the bridge won’t prove useful to many people who do not work in Canary Wharf. So, as we said last week, TfL, Southwark Council and developers must take the existing traffic problem by the horns to free up more space on the area’s roads. Letting the daily crawl to Rotherhithe Tunnel continue is certainly not good for the drivers, people living in the area or the environment.