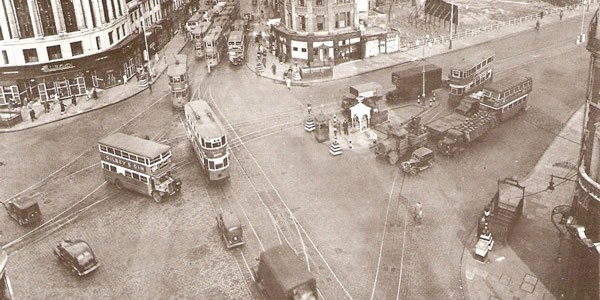 Elephant and Castle in 1946, with trams

The News undertook a straw poll on Twitter last week to see if £63 million of Southwark Council money currently earmarked for upgrading the Elephant & Castle tube station should be clawed back to launch a new tram for the borough.

The poll came after we ran a front page story on the subject last Thursday.

You can see why reviving a tram network is a popular idea and it has all party support. However, it is still unclear whether the council would be prepared to get back the £37.8 million it has already handed over to Transport for London (TfL) and keep back a further £25.2 million it plans to spend on Elephant and Castle tube station ticket hall, in order to make a tram network possible.

Given that plans for a Bakerloo Line Extension, with two new stations on the Old Kent Road, have been stalled due to TfL not being able to secure the funding for the government, the tram argument posed by the Lib Dem’s at the Town Hall is an easy one to see.

The News is still waiting for council leader Kieron Williams’ response to Cllr Damian O’Brien’s proposal – meanwhile here is how some of our readers reacted to the poll we put to them:

I love trams, but E&C needs a new tube station after all the residential blocks that have been built in recent years.

And 4 more residential towers are going to replace the shopping centre!

GIVE US THE TRAM THROUGH OLD KENT ROAD UP TO LEWISHAM

Of course it’s stupid to spend on a new concourse that will never be used, especially now when there’s a worker and supply shortage so they’re spending over and above any planned cost. There’s no need to spend on a new alternative tram either, you can see no one’s riding buses and the frequency is getting cut. Why don’t they use the money to fix stuff that is broken? South Bermondsey station must be the worst station in all London. It’s really the pits, like London circa 1990.