One of the biggest cock ups of all time! 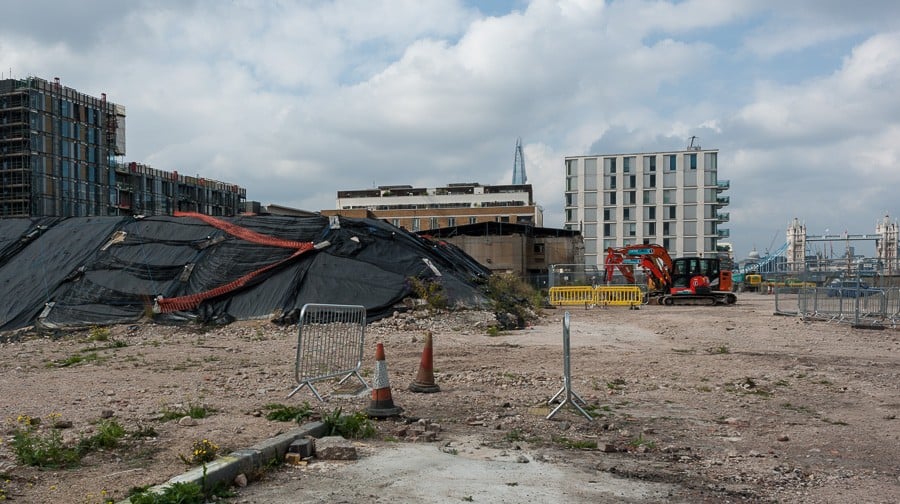 Chambers Wharf: the site is set to see construction go on for six years - half of which will be 24/7

Southwark Council’s failed attempt at a Legal Challenge  to Thames Waters ‘ Super Sewer’ thrown out because the High Court Judge received the paper’s a day late must rank as one of the biggest cock ups of all time.

Anyone who knows about legal challenges is aware that you cannot be late with your submission at any cost.

What a kick in the teeth to the ‘Save your Riverside Campaign’ and the  residents of Bermondsey who have fought long and hard to stop their area from having to withstand millions of tonnes of spoil being transported by lorries through our area 24 hrs a day – 365 days of the year, and for six solid years.

Even more sickening is for Peter John to then attempt to blame  the Government.

Peter John has since been quoted as saying that ” he is very disappointed that Southwark was  denied its  day in court” and that ” The Council had been working to a different time frame” he went on to state ” The Judge was working to the Current Legislation”.

There is only one question left to ask the Leader of the council …..Are you going to appeal the Judge’s decision Yes or No? – Polite Reminder, You have 14 days to respond. Don’t miss it.

If the answer is ‘NO’ then you should demand that the millions of tonnes of spoil be transported from the site by barge, using the underused and adjoining 16 lane highway otherwise known as the River Thames. Not a lot to ask is it?

Southwark NewsCommentOne of the biggest cock ups of all time!