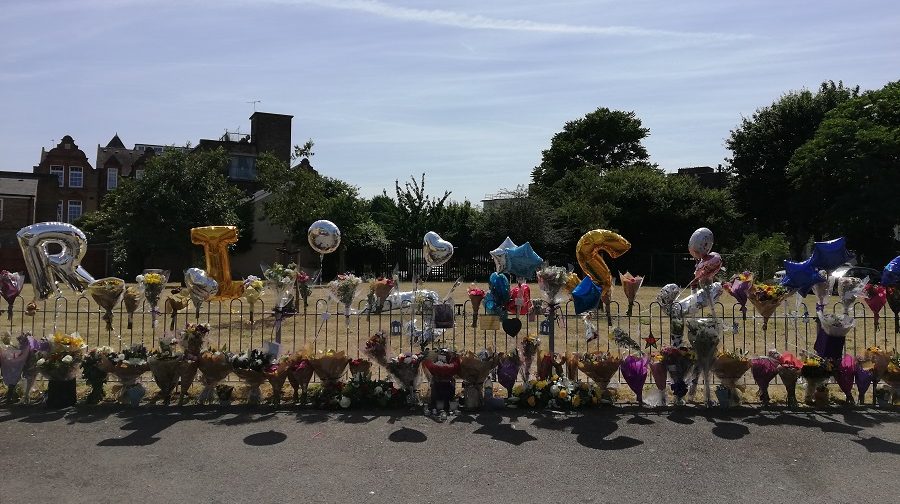 The outpouring of grief for Joshua Boadu is very personal, but also part of a bigger more menacing picture for people across London alarmed by the huge rise in knife crime.

In the midst of his own heartache Joshua’s brother Jeffrey is hoping that his murder will not result in any more attacks and has urged young people to stop using knives.

In light of the escalating violence, with another knife crime reported in Bermondsey this week in St James’s churchyard, it is time for those who do have information to come forward and help the police tackle the problem.

All too often in this paper we have to follow up a report on a youngster being murdered with a call for witnesses to break their wall of silence and come forward.

Read more: Anyone who knows what happened to Bermondsey stabbing victim Joshua Boadu must ‘speak up’, says MP

It very well might go against a street code, which is as old as the day the police were formed, but believing that people can sort this out on their own only ever results in more killing and more lives ruined.

As Jeffrey told the paper this week, young people need to “consider if it’s worth it to destroy someone’s family and destroy your own family.” Crimestoppers was set up 30 years ago and allows callers to give information without giving their name or any personal details. At a time of massive police cuts this independent charitable trust employs more than one hundred staff and almost 350 volunteers.

Joshua’s family say that he was a happy, quiet young man who was not involved in gangs and so his killing shows that potentially anyone can become a victim.

Bermondsey and Old Southwark MP Neil Coyle has urged anyone with information about what happened to Joshua to “speak up” and says people can come to him directly.

“There are currently two million unsolved crimes – let’s not add to that grim failure here,” he told us.

And he rightly says that parents and older siblings should speak to younger family members and give information.

To report information anonymously, call Crimestoppers on 0800 555 111 or visit www.crimestoppers-uk.org