Is this Peckham house Britain’s messiest – and why was this Rotherhithe bridge called offensive? 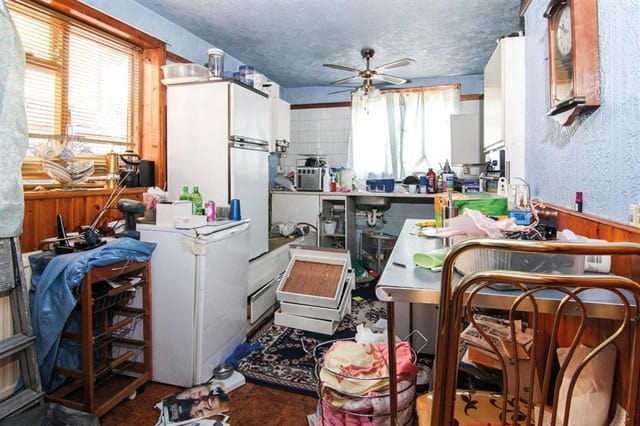 A Peckham Rye house on sale has hit the headlines for all the wrong reasons – as its interior shots show it is filled with rubbish.

The kitchen of the three-bed mid-terrace on Peckham’s Waghorn Street is filled with rubbish with abandoned cabinets; the living room cluttered with discarded objects; junk in the garden and letters still in the letter box.

Auctioneers Barnard Marcus are hoping to have the property sell for a neat £700,000 – but any future buyer may have to fork out a few more quid just to have the place cleaned up. A row over a Rotherhithe boozer has now made its way up to Lancashire, of all places.

As the News reported this month, a backlash has been sparked over an officer-approved decision to knock down the Albion pub in Rotherhithe for flats.

The Albion was the subject of a column by the Lancashire Telegraph’s beer expert, who decried planning chair Cllr Martin Seaton for “refusing to acknowledge the concerns of the local community.”

In a similar vein of SE16 and beer making waves up north, a Birmingham bar has told its punters that it rejects being branded as a ‘beer mile’ destination – because it doesn’t want to follow in rowdy Bermondsey’s footsteps.

“We actively avoid any kind of ‘beer mile’ association as it brings in the wrong kind of customer,” said the Cork & Cage last week, based in the suburb of Stirchley.

“Bermondsey [is] a good example of an area rife with stag dos and other classic ill-behaved groups,” it added. An old picture of the former bridge. Picture Jim Linwood

A group of Surrey Docks locals have taken umbrage with a new footbridge – because it has an “offensive” blue railing.

The new bridge has been unveiled over the Albion Channel as part of works to improve cycle routes. But its colour has displeased a group of residents.

“The consensus among the residents in the area is that the new bridge does not suit the style of the canal and the surrounding buildings at all,” states a petition to the council.

“The most offensive feature — and easiest to remedy — is the blue railing. The blue is at odds with the colours of all surrounding buildings.”

They call for the crossing to instead be painted “entirely in black.”

At the time of writing, the petition to the council has received 28 signatures.

We understand the petition was successful and the bridge has now been painted black.

Southwark NewsCommentIs this Peckham house Britain’s messiest – and why was this Rotherhithe bridge called offensive?