Same-sex penguin parents raise genderless baby – and do you remember Babs from Bermondsey?

Genderless penguins and Babs from Bermondsey feature in this week's column 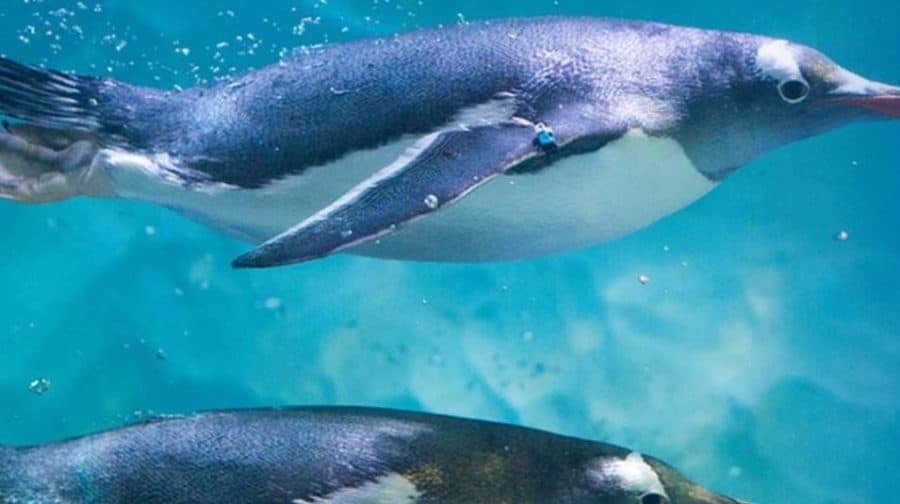 Penguins at the aquarium are raising a genderless baby

Families come in all varieties – no more so than for the penguins at South Bank’s Sealife London.

Not only are penguin couple Marama and Rocky same-sex, they are also reportedly the first to raise a genderless chick at the aquarium.

Their Gentoo chick, which has not yet been named, is going to be raised as genderless, as staff at Sealife feel it is ‘completely natural’ for wild penguins not to exhibit gendered behaviour into adulthood.

The decision may not just ruffle the feathers of creatures at the aquarium, but among the public too.

However, staff at the popular attraction have responded they are proud of the ‘amazing job’ that penguin parents Marama and Rocky are doing.

Film crews have been spotted around the London Bridge and Bermondsey area, which we suspect are the latest season of a BBC TV series.

“I notice film crews in the Bermondsey area, as I approach London Bridge,” said one eagle-eyed local.

The crews seem likely to be for the BBC’s The Great British Sewing Bee, a spin-off of the ever-popular Bake Off, in which amateur sewers compete to be named Britain’s best.

Comedian Joe Lycett took over from Claudia Winkleman as the presenter for the most-recent series, which concluded in April this year.

As ‘bright lights’ have also been spotted on from the windows of the Tanner Street location where the series is filmed, it would appear series six is well underway.

A certain generation of LBC listeners will be familiar with Babs from Bermondsey – a regular caller to Clive Bull and Nick Mailer’s shows during the nineties.

Regularly, those prone to nostalgia wonder on social media whatever happened to ‘legendary’ Babs, among the station’s most regular voices on the air from the public.

However, sadly one person told LBC host Steve Allen several years ago that Babs may have passed away after he also posed the question of what happened to one of the station’s most prolific voices.

Anyone who can shed light on the backstory behind Babs can get in contact with us at news@southwarknews.co.uk.