This paper has also had its disagreements with Cllr John over the years, and many a heated phone call. But we applaud him for caring, and for recognising that the local paper is there to hold local government to account, and seeing the merit in that, beyond particular stories or differences of opinion. 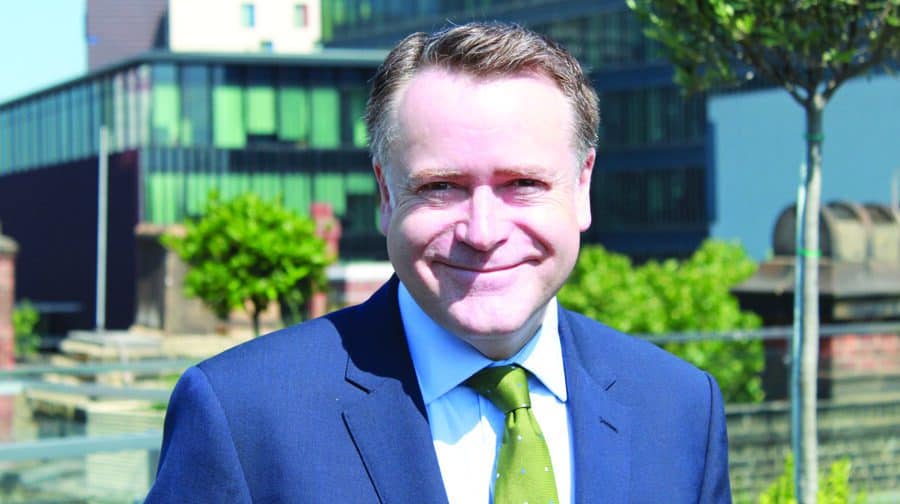 When new Southwark Council leader Kieron Williams sits down at his desk for the first time next week, he might be forgiven for feeling a certain amount of trepidation, when he looks back to the past and forward to the future.

His predecessor, Peter John, now in his final week, has over his decade in power seen terrorist attacks, riots, floods, as well as the years of austerity that have forced difficult decisions about essential services and what role a local council plays in its community.

And the next ten years are unlikely to prove any easier, with the likelihood of a deep economic depression looming as we look to emerge from the coronavirus pandemic. Add in uncertainty over a potential no deal Brexit and the odds are on things getting much worse before they start to get better.

Peter John tells us this week that the list of challenges he hands over are somewhat different to the ones he envisaged handing over six months ago – coronavirus has changed everything. But he can take pride from guiding the borough through a crisis unseen in modern times, as well as from a long list of achievements over the decade. It would not be an overstatement to say that he has transformed the way that Southwark is seen nationally and internationally – the north of the borough especially being almost unrecognisable from ten years ago.

A firm believer in ‘core Labour values’, John has channelled investment from regeneration projects and his somewhat controversial mixed-tenure developments into initiatives that he sees as being vital to the wellbeing of Southwark’s citizens – free school meals for every child, free swim and gym sessions, instigating the London Living Wage in the council and the borough, and providing scholarships for some of the borough’s young people to go on to university and creating thousands of apprenticeships. Top of his list has been the housing crisis the borough faces, with thousands on waiting lists, and a constant need to improve the standard of living for council tenants. “I’m not going to tolerate anyone living in poor housing conditions. I don’t think that’s the sign of a successful Labour council” he says this week, and that is a commendable, consistent message he has espoused.

Not every John decision has been the right one, necessarily, and mistakes have been made. Yet that is true of any political leader who remains in power for a decade. Change is difficult and can prove divisive. But his vision of a council being about more than just essential services – creating a healthier, more level society – harks back to the times of Dr. Salter. In a time where politics can almost be a dirty word, it’s right to remember that politicians can also be a force for good.

This paper has also had its disagreements with Cllr John over the years, and many a heated phone call. But we applaud him for caring, and for recognising that the local paper is there to hold local government to account, and seeing the merit in that, beyond particular stories or differences of opinion.

Cllr John leaves behind an impressive legacy, and a more modern, confident borough. But his biggest achievement is to have provided opportunity for many of the most disadvantaged in our community. We wish his successor every luck and hope he continues with this vital work.

And we wish Cllr John all the best, wherever his future may take him. He has been a true and passionate champion of Southwark the borough, and of its people, and he will be missed.

Have you just compared the ego maniac arrogant self serving dictator Peter John with Dr Alfred Salter. What an insult to Dr Salter and the people of this borough. Peter John has treated the local working class people of Southwark with utter contempt, and his legacy will be knowing that he has gentrified a once proud close knit community area and dislodged the working classes. I am absolutely delighted he has finally gone, just wish it was years ago

‘The Housing Crisis ” …really . So why has he allowed social cleaning on an industrial scale in Southwark . The Heygate and Aylesbury to name a few . Social housing replaced by luxury flats for money launderers is his legacy . No doubt he will now set up a company to facilitate developers in Southwark …he wont be the first .