They alienate, confuse and annoy many, but that is the point, at least partly. 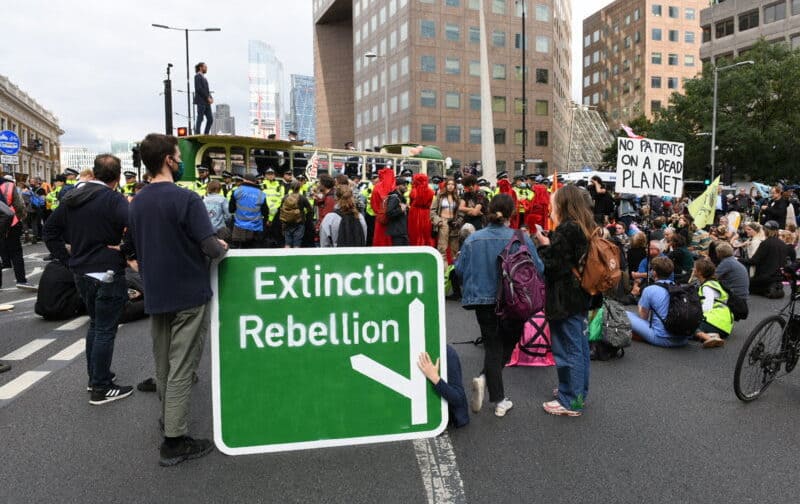 What is the point of Extinction Rebellion? Is it to create headlines and fill newspapers with now-familiar photos of activists being led away by police officers? Or is it something more concrete? On the group’s website, they say they want the government and financial services companies to stop all investment in fossil fuels by the end of the year.

This seems an ambitious but admirable goal, and one that the government and most British people would be broadly sympathetic with. Most of us agree that man-made climate change is a problem and it would be good to do something about it – and soon.

Politically, climate change is no longer an issue of debate among any of the major parties. The UK is hosting the UN’s climate change conference COP26 in November and has called for net zero carbon emissions globally by 2050. We ourselves have committed to cutting emissions by 68 per cent by 2030 and 78 per cent by 2035, before reaching zero by the middle of the century.

Of course, Extinction Rebellion say that this is all too slow and we must do more. It’s easy to make commitments for years down the road when a different government will be in place, but we need action now. They want the UK to commit to net zero by 2025.

But is the group’s time-honoured tactic of blocking roads and disrupting public transport a good way of achieving this? The short-term reaction from the public appears to be negative. YouGov, the polling organisation, says that just 19 per cent of people it surveyed were in favour of the group, compared to 35 per cent who disliked them.

Does that matter? Since forming in 2018, Extinction Rebellion have brought the issue of climate change, whose major effects can sometimes feel distant and abstract, to the streets of the capital in a stark and memorable way. They alienate, confuse and annoy many, but that is the point, at least partly.

An Extinction Rebellion activist recently wrote to the New Statesman magazine to say that the group “does not aim to win a popularity contest, it aims to be effective.” Only time will tell if they succeed.

They are also not interested in the environment . Creating traffic jams and more pollution for the people of London and then its back to the Cotswolds. They are an anarchist organisation using dubious means to recruit people hiding behind a problem they dont appear to know much about. Meanwhile all clutching their chinese made phones.