We would love to hear anyone locally, who has, or will soon be celebrating their 70th wedding anniversary 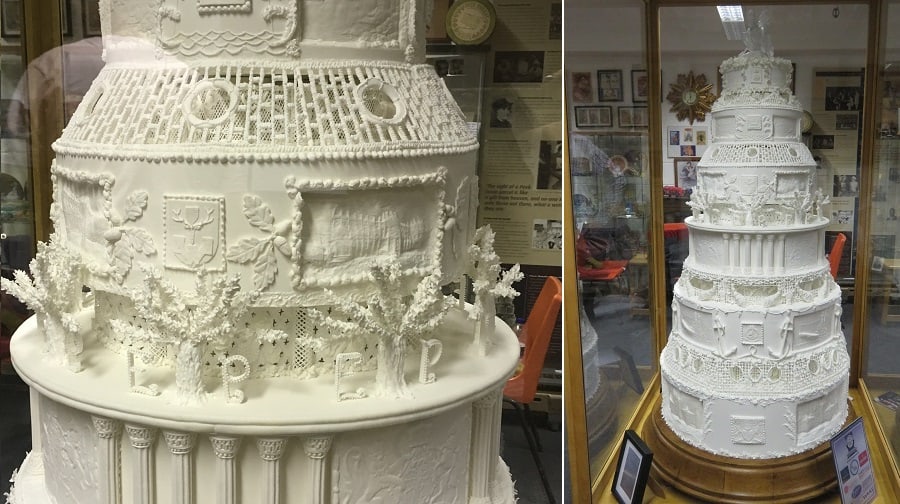 The News is based in the old Peek Freans biscuit factory in Bermondsey and for over a year we have been sneaking a peak at the replica model of the Queen’s wedding cake, completed in time for her 70th anniversary.

This painstakingly delicate operation is a shining example of community spirit, as the volunteers – many of them local – got to work within months of the original replica being needlessly trashed after a break-in at the Pumphouse Museum in Rotherhithe.

All the volunteers, and the hard work of Peek Freans Museum keeper Gary Magold, should be commended.

If Gary and the teams of volunteers had not taken the time to recreate this historic replica (especially considering no other recplicas were made) it could easily have been lost in the sands of time.

The cake was the crowning glory of the famous biscuit factory presence in the area. It is important that factories like Peek Frean & Co are remembered as they were an integral part of the area’s industrial history. It is a history that created a hard-working close knit community. That is why it was honoured with a blue plaque in a scheme run by Southwark Heritage Association, Southwark Council and the News.

The paper always make a point of interviewing any couples that manage to make it to their Diamond Wedding Anniversary (60 years), but have not yet covered a Platinum Wedding Anniversary (70 years). We would love to hear anyone locally, who has, or is this year celebrating such a mammoth milestone.