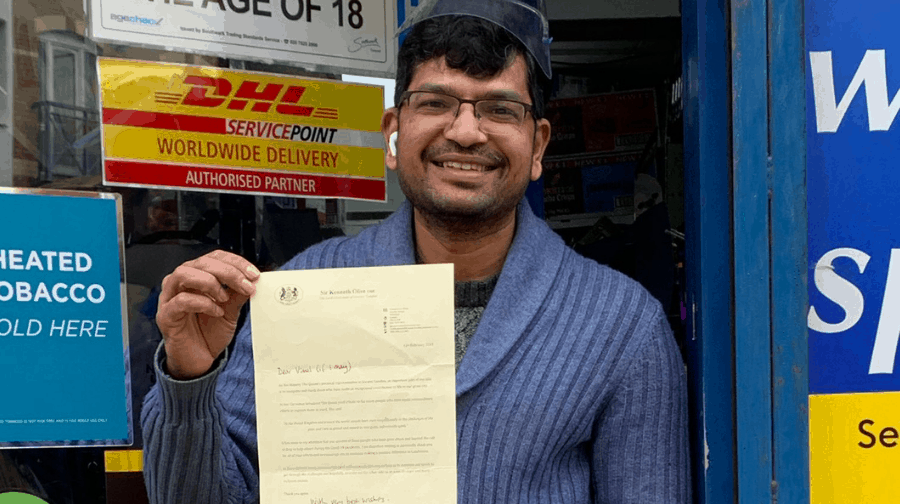 Vimal Pandya with his letter from the Queen

We reported last week on Rotherhithe shopkeeper Vimal Pandya being threatened with deportation, despite being a “pillar of the community” who helped countless vulnerable people in lockdown.

It is patently absurd – and an illustration of the muddled, bureaucratic thinking of the Home Office under the Tories – that the government is even considering removing this man from the country.

Mr Pandya has gone through a series of bureaucratic nightmares that have cost him tens of thousands of pounds and years of his life. All he wanted to do was make a better life for himself and contribute to his community.

That he has managed to do that in Rotherhithe, and earned the thanks of the Queen’s representative for his invaluable work in helping people in need, during one of this country’s darkest hours, with all this hanging over him, speaks volumes for Mr Pandya’s character.

The Home Office told the News that they did not comment on individual cases but were committed to welcoming people to this country who are “in genuine need”. But what about welcoming immigrants who are helping people here who are in genuine need?

Mr Pandya’s case is still being processed by the Home Office but sadly his future looks very uncertain. Whatever happens, it is clear that the people of Rotherhithe have been lucky to have him. But he should be allowed to stay.

You can sign the petition calling on the Home Office to halt the deportation here.

Let this man stay, he helped during Covid, and will still go on helping the people of Rotherhithe. He has earned his right to stay and has earned the respect of the community.