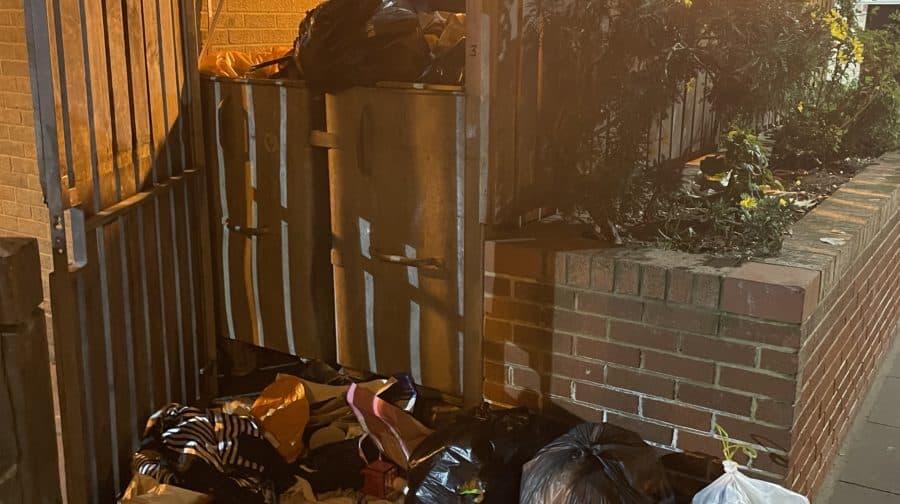 We reported on two stories this week about rubbish piling up around the borough, and residents’ varied responses.

In Perronet House in Elephant & Castle, rubbish is accumulating outside because of a structural problem inside – described by Southwark Council as “challenging” and by residents as “Dickensian”.

Meanwhile people living in Bermondsey and Rotherhithe have taken it upon themselves to clear up rubbish they see strewn on the streets, forming a group called The Litterati. Others elsewhere in Bermondsey have reported flytipping problems.

This has been a recurring issue that we have reported repeatedly in recent months. Rubbish collections were often delayed or missed due to the pandemic. The council says bin collections are generally back to normal, although with some delays.

Current affairs questions are often framed as a conflict between the responsibilities of individual people versus broader structures and institutions. Think of the debate launched by Marcus Rashford last year over the government’s provision of free meals for kids.

But this framing is too simple. We need both individual and structural action for society to work, as the two stories we reported this week show.

Clearly there is quite literally a structural problem at Perronet House. The complaints there stem from the fact that the chute that takes rubbish from residents to the bin room was built for a time when we produced less household waste.

‘A Dickensian crisis’: rubbish piles up in Elephant & Castle block

To get around this and problems like it we need the council to act creatively – in response to repeated complaints from residents – instead of letting rubbish pile up and rot, to the detriment of everyone.

But in the meantime we also need people like the Litterati – civic-minded groups willing to roll up their sleeves and get the streets clean.

A broader question is whether we should be trying to throw fewer things away in general.

But it seems clear that as our population continues to grow, so will the amount of rubbish we produce. We will need individuals and institutions to step up to make sure our streets stay clean.