What and from where do they make the cuts? Staff? Educational trips? GCSE courses? Mental health support? 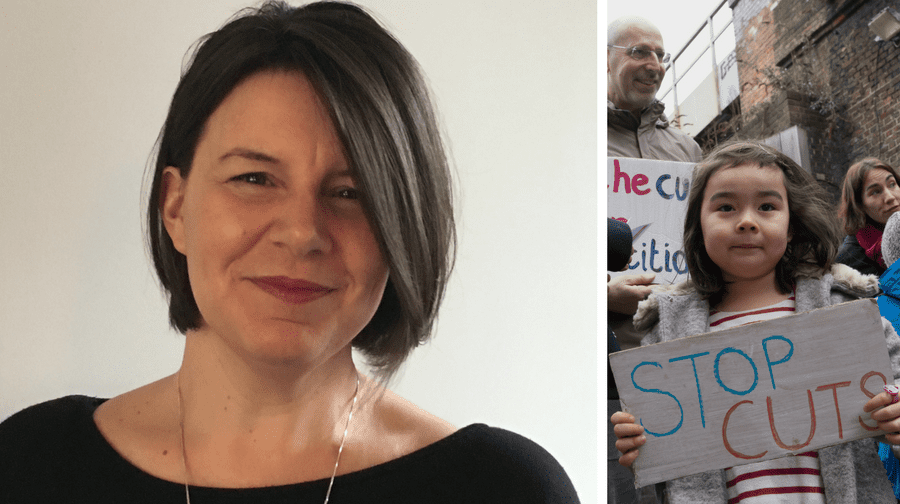 Liz Robinson, chair of Southwark Heads, and a child taking part in a day of action against the cuts in Peckham

Southwark head teachers are clearly despairing of a  Prime Minister who has said that she has made it her “personal mission” to build “a school system that works for everyone”, when they are predicted to be the worst hit by the Government’s national funding formula.

For 80 heads across the borough to write in protest to stop it from being implemented shows the real danger an estimated cut of £1,024 per pupil per year will have on our children.

Studies have shown that all schools with the highest number of poor pupils are likely to see the biggest cuts to funding in coming years. How ironic is Thersea May’s claim to want to end the post code lottery of schools and introduce grammar schools –  in her words to end the “brutal and unacceptable” truth of selection by income.

Unions and organisations like Child Poverty Action Group have looked at 997 state schools with more than 40 per cent of pupils eligible for free school meals (a key measure of poverty) to show that disadvantaged primary students will lose £473 per pupil in real terms, £140 more than the average for primary schools generally. In secondaries it is £803, so £326 more than the average – and Southwark’s figures are even worse.

Poverty at home has always been the clearest marker of how a child will do at school. A good, well-resourced school can help weaken that link and give those children a better future. But by cutting the budgets of those schools doing the most work to help disadvantaged pupils, Mrs May is setting many of those children up to fail.

What a hopeless situation the head teachers find themselves in. What and from where do they make the cuts? Staff? Educational trips? GCSE courses? Mental health support?

Nationally since Sunday, head teachers and their staff have taken to Twitter to stress the predicament they face with the hashtag #whatwouldyoucut

It has been reported that a number of influential Conservative MPs are preparing not to vote for the formula in its current form. Let’s hope they are true to their word.

The public consultation ends on March 22 at 5pm. As we are the hardest hit borough it’s important that we support our head teachers. Contact your school to see how you can help and have your say on the consultation, by visiting: https://consult.education.gov.uk/funding-policy-unit/schools-national-funding-formula2/.

Southwark NewsCommentSave our schools as  they face ‘£1,024 cut per pupil per year’