Southwark Green – Eleanor Margolies: ‘Doughnut economics’ even made it onto Eastenders this month 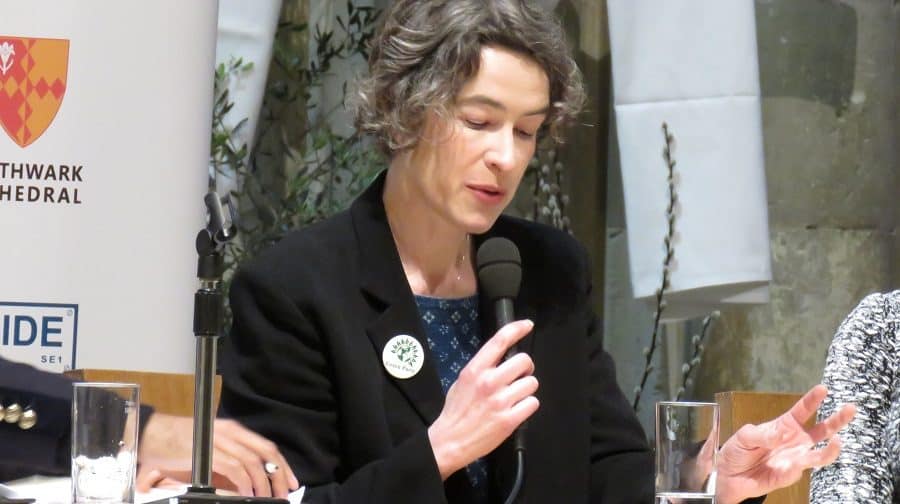 Six years ago, I was part of a group of 120 people who cycled from south London to the COP21 climate conference in Paris. On the way, we met protestors against fracking in a Sussex village, and primary school children who gave us pictures of their hopes for the future to take to the world leaders.

The COP conferences focus on what governments can do through law and policy to cut carbon emissions. We were outside the official meetings, but we were part of a huge gathering of ordinary people who had turned up to ask governments to do more. In short: to keep fossil fuels like oil and gas in the ground.

Since 2015, a lot has changed in public understanding. ‘Doughnut economics’ even made it onto EastEnders this month. Economist Kate Raworth came up with the doughnut image to symbolise the ‘safe space’ for humanity. Inside the doughnut, we can make sure everyone has essentials such as food, healthcare and shelter, and still remain within planetary limits – preserving clean air and water, biodiversity and temperatures that support life.

This time, I’m just following the news from home. I miss the sense of community from Paris 2015. But here in Southwark, I belong to many different groups, as does everyone reading this: people you know through work or study, as neighbours, fellow patients, parents or customers, members of faith groups and football teams, close friends and family.

All those groups have the potential to create new ways of living ‘inside the doughnut’. You might take inspiration from the Lucas Aerospace workers in the 1970s who came up with a plan to use their expertise and technology to pivot from military production to fuel cells and transport systems. Or from the campaigners against poisonous lead in petrol, who started by handing out leaflets at school gates and ended up winning a worldwide ban.

Could you get together with others to move your workplace pension fund out of fossil fuels? Ask for a locally produced, low carbon menu at school? Join a plastic-free food coop – or set up a new one in your area? We don’t yet know how much this COP will achieve, but one thing is clear – it won’t be the end of the story.

Eleanor Margolies writes about theatre and on environmental issues, and is an active campaigner for urban green spaces and clean air.

Southwark NewsCommentSouthwark Green – Eleanor Margolies: ‘Doughnut economics’ even made it onto Eastenders this month