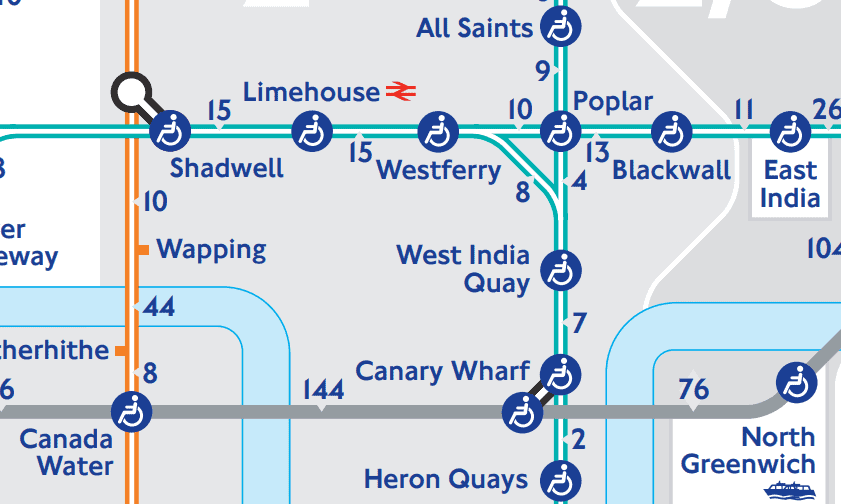 TfL has unveiled a series of measures lately to encourage more people to make journeys on either foot or by bike.

Among the initiatives is an updated tube map, which shows the distance between stations by the time it would take to walk them.

The idea, presumably, is to bring home how quick most short tube journeys would take by walking.

The problem for Rotherhithe locals? The estimated distance between Canada Water station and Canary Wharf is a whopping 144 minutes.

This would’ve been cut down if a walking and cycling bridge or even a ferry had gone ahead.

Both have been shelved. Is it any wonder council officials have called this deeply frustrating?

MAYBE if TFL or the local councils put some funding towards the Doubletree – Canary Wharf ferry service then Uber by Thames Clippers would be able to restart the service again? Takes a couple of minutes to get across using this service but nobody wants to fund the service ?

This 144 minute figure is absolute nonsense. Walking between Canada Water and Canary Wharf stations, via the Greenwich Foot Tunnel, takes about 75 minutes. Look it up on any of the journey/mapping apps!

Could someone explain why 144 mins between Canada Water and Canary Wharf? It is about 4 mins on the Jubilee line.