Social media can be a scary place for young people 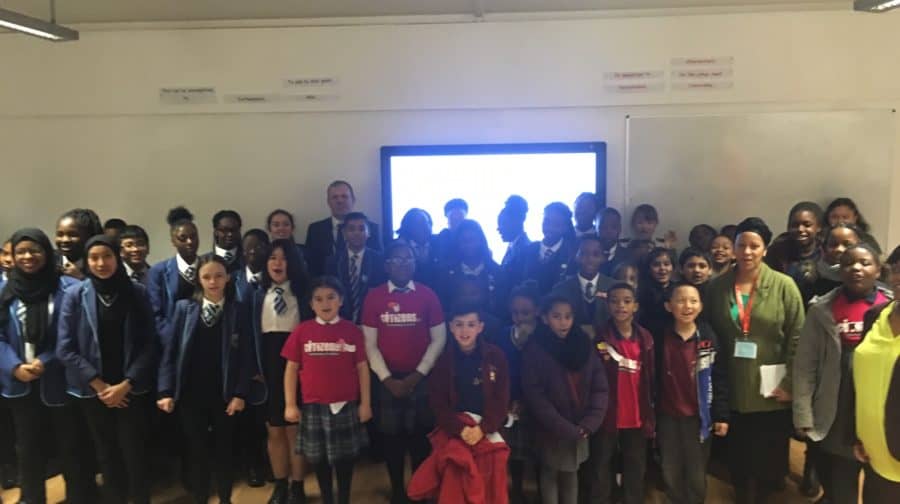 The Citizens UK meeting on knife crime and social media

A section 60 was put in place as police highlighted rising tension in the area.

For young people going to school, working, and playing with friends, the worry a knife could be produced is a real and constant fear.

The Met has been clear that it believes social media and sharing videos via whatsapp, youtube and other media is one way knife crime is being fuelled.

But this criticism does not extend to their own social media – showing knives, guns, and other weapons seized or found in routine stops.

School pupils are saying that seeing these images scares them and are worried it is counter-productive and may even encourage some frightened youngsters to start carrying weapons of their own.

They also think the biggest issue the police faces is young people’s trust – and that a focus on sharing operational tactics will only perpetuate the negative view of “youth”.

These are good points, well-argued and indicative of the thoughtfulness and consideration of many of our politically engaged students. But isn’t the real issue that much of social media is not suitable for children until they reach a certain age?

The police is now a “service” and not just a long arm of law enforcement.

But its main job is catching criminals, preventing crime, and telling people what they have achieved and what is happening in the area.

Like a newspaper, sometimes the news the police has to share is frightening, makes for uncomfortable reading, and content can be distressing. Not all of it is suitable for young eyes.

Wouldn’t it be better for young people to limit the time they spend on social media, to be fully aware about what is happening where so they can make informed choices about their own safety?

It’s not always easy to find the right balance, but we would all be doing this borough and its residents a huge disservice by focusing only on the good, or only on the bad.

Southwark NewsCommentThe police must share their work with the public